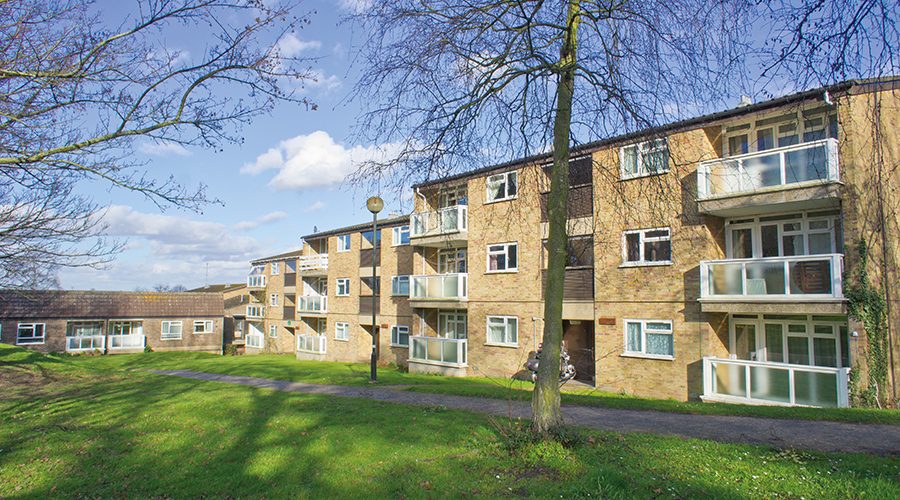 Bjorn Howard has worked in the housing, care and support industry for nearly 30 years and has extensive board-level experience in both executive and non-executive roles. He became Aster Group’s CEO in 2009 and has been instrumental in driving growth, including leading Aster’s successful merger with Synergy Housing in 2012. Since then, the group’s housing business has grown to more than 29,000 homes.

Shelter’s cross-party Social Housing Commission recently called for one of the UK’s biggest ever social housing drives. The report, commissioned in the wake of the Grenfell Tower fire and led by former Labour Leader Ed Miliband among others, aims to highlight the threat to social mobility if we don’t dramatically increase the number of social rent homes in the UK. It calculated that Britain must deliver an additional three million new social housing units in the next 20 years to meet current and future need.

But the Government has done a lot already to make reaching these targets possible. A series of milestone announcements throughout 2018 have really put social housing centre stage. Last summer’s Social Housing Green Paper was the starting point for this and since then we’ve seen a consistent drive to make the housing sector work for a wider range of people. An example of this is the renewed focus on alternatives to traditional ownership such as shared ownership. The Autumn Budget saw first-time buyers of shared ownership properties become exempt from paying stamp duty and the Government launched a consultation on how the private sector could lend its weight to supporting this more affordable model.

Perhaps the most significant change, in light of Shelter’s call for more social housing, was the scrapping of the cap on how much local authorities can borrow to fund development on council-owned land. My view is that this presents an important opportunity to unlock land that is vital to meeting the proposed housing delivery targets.

This removing of the shackles will undoubtedly be coupled with an increased expectation to deliver. In order to meet those demands, councils will need support.
I envisage housing associations playing an important role in providing the expertise and guidance needed to ensure new social housing developments, funded by council borrowing, are delivered effectively.

We’re already seeing collaboration working well through other forms of partnerships in the housing sector. We’ve experienced first-hand the value of pooling resources and combining expertise through our own joint ventures with house-builders such as Galliford Try.

By adopting a similar ethos, councils can enlist the support of organisations that have a proven track record of delivering social housing projects, getting developments moving faster and people offered new homes sooner. It is also the case that Labour’s national leadership has been very vocal in arguing that councils should have an increasingly significant role in affordable house-building; sentiment that is already reflected in some Labour-run councils and will likely become a prevalent trend throughout 2019.

The number of households in the private rented sector increased by 1.7 million from 2007 through to the end of 2017. Shelter’s call to action requires a similar rate of growth in social housing and, through effective collaboration, there is no reason why we can’t set equally ambitious goals.

We’re committed to playing our part in alleviating the housing crisis by working towards our target of building 12,000 new homes across the south of England over the next seven years.

A number of Government policies, such as the scrapping of the borrowing cap, have put the sector as a whole in a much stronger position to build more homes year-on-year. To deliver on this promise, partnerships between key stakeholders – such as local authorities, house-builders and housing associations among them – will be increasingly vital.

Previous Post Collaboration: the catalyst for urban regeneration?
Next Post Putting the leisure sector in the public sector spotlight