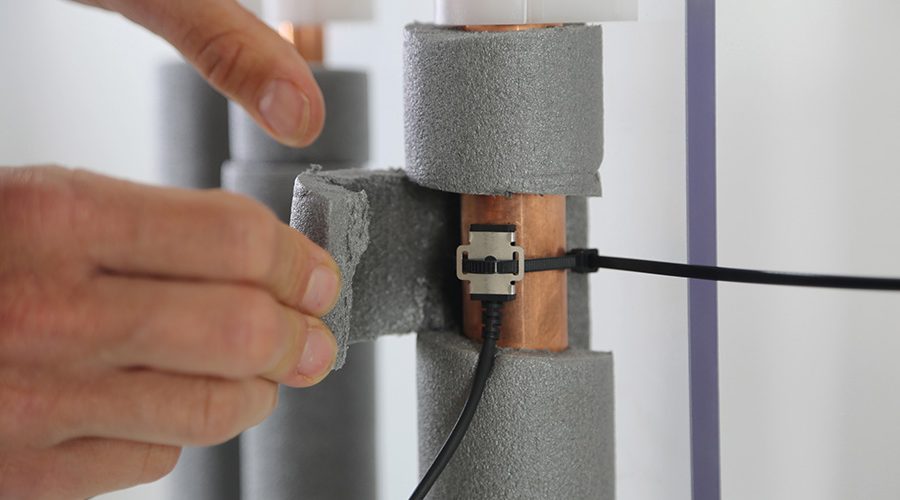 A new way of thinking for the healthcare sector

Kevin Belben, Technical Applications Manager at water management specialists Cistermiser and Keraflo, discusses the evolution of water temperature monitoring systems and the ground-breaking benefits they can now offer the healthcare sector in particular. 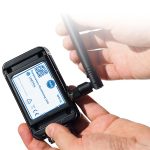 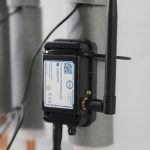 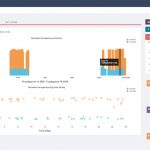 A tax-funded NHS is dependent on a well-performing UK economy, so it’s inevitable that over the last seven decades funding to support our celebrated NHS has followed the ups and downs of wider economic cycles. NHS funding has fared better than other public services, but efficiency remains a priority. In the bigger picture, we already have one of the industrialised world’s most efficient healthcare systems, and at a substantially lower cost than other advanced European countries such as Germany and France, but there is continued pressure on the NHS to cut waste and increase efficiency. While some hospital trusts are wary of implementing new systems, the ones that have already, have seen a wealth of new opportunities open up.

Utilising the Internet of Things (IoT) to manage the water temperature in hospitals, for example, can be an effective weapon in the battle against water-borne bacteria such as Legionella and Pseudomonas aeruginosa. This completely revolutionised way to manage water is not only safer but shows a clear return on investment too, whilst ensuring compliance with the legislative drivers HSE Approved Code of Practice L8 and HSG274.

In any building with complex water systems and multiple washrooms, the potential for the Internet of Things is huge. Devices can be installed to monitor the use of water at sentinel points throughout the entire building, flag up any issues should something go wrong and report this information back to a central database that logs every reading which is date-stamped to provide a complete audit trail.

This is particularly important in an NHS environment because if temperatures stray into so-called ‘danger zones’, bacteria can flourish with potential spread of infection.

In 2013, Basildon Hospital was fined £350,000 after two patients died in an outbreak of Legionnaires’ disease. During the case, it was revealed that the hospital had been battling the disease for up to 15 years, spending substantial amounts of money each year on maintenance of water management systems. The hearing found that the shower head and thermostatic valves had not been properly cleaned after the cleaning budget had been cut. Attempts had been made to control water temperatures with super-heated pipes. The problem that can then occur is that the pipes can inadvertently warm adjacent cold water supplies. Legionella bacteria proliferate most rapidly in a temperature range of between 20 and 45°C, so if cold water pipes are in close proximity to super-heated pipes, water temperatures could potentially slip into this danger zone.

While it’s essential that we learn lessons from episodes such as this, the key issue to flag is that if there is a shortage of accurate data to hand, it is almost impossible to identify that water temperatures are out of range across a large-scale hospital site which may have thousands of water system outlets to monitor.

Water temperature monitoring solutions can replace the time-consuming (and wasteful water-flushing) manual checks that are generally undertaken in an attempt to reduce the risk of Legionella. An IoT solution monitors water temperature with sensors and then reports the information back through real-time readouts. Hospital managers or maintenance teams can instantly see if the water remains 100% safe and if it doesn’t, can immediately respond to alarms flagged by the system. This data trail demonstrating compliance is also more cost-effective to implement on a day-to-day basis. The system comes programmed with the correct HSE guidelines and key monitoring parameters that can then be easily fine-tuned to meet specific requirements.

The IoT system features monitoring devices that are fitted onto any pipe with an access point, behind a panel, under a sink or washbasin, in a sluice, or by a boiler. A typical temperature monitoring unit (TMU) incorporates an aerial and two ports to which cables connect and are then attached at the other end to outlet pipework. Each port can take two readings, usually from hot and cold water pipes. Once fixed, it’s live and taking a reading every 10 seconds. It can then send this data to ‘the cloud’ hourly with useful information such as maximum and minimum temperatures and all flow events, such as taps being turned on.

TMU devices transmit data separately and do not require existing LAN or Wi-Fi connection. Power is supplied by batteries which will last three to five years, depending on how often data transmission is required. Data is captured, encrypted and transmitted using Sigfox radio network and securely stored on ‘the cloud’ in accordance with ISO 27001. Monitoring reports are then viewed on the portal dashboard (from a mobile phone, tablet, PC or laptop), and subscription-based access is obtained via password protection controlled by the system user.

All of this means that managers can receive real-time information on a 24/7 basis. They can instantly record whether their water system remains 100% safe and raise an alarm if temperatures stray from specified operational parameters. They can review calorifier performance by assessing the average drop in hot water flow and return temperatures and take steps to remedy shortfalls if required. Managers can also show that they have complied with legal obligations by monitoring outlet temperatures and taking prompt action when problems occur, such as a potential scalding risk caused by a malfunction of water system equipment.

IoT monitoring is a completely new way of thinking for the healthcare sector, so it won’t become universally adopted overnight. However, managers that learn to harness the power of their data without being controlled by it and introduce technologically advanced water system monitoring in the correct way, can save money, improve performance and make hospitals a safer place to be.