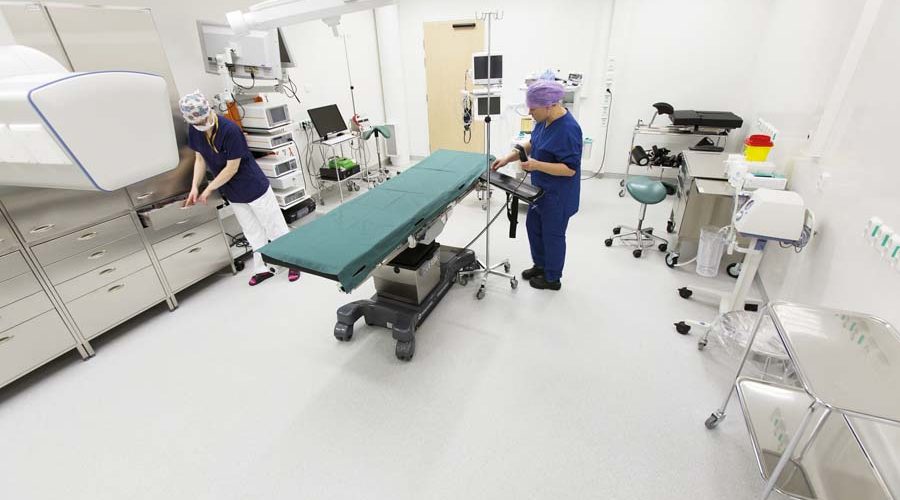 UPDATE ON BIOCIDES: THERE IS NO ‘SILVER BULLET’

In recent years, the arguments for and against the use of biocides have intensified. Some pro-biocide organisations (typically manufacturers utilising biocides in their products) are making bolder claims than ever before. In the absence of firm evidence to support these claims, however, there are concerns that these additives may be having no positive impact on infection control, says Lucy Bilotto, European Marketing Manager at Altro. 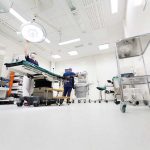 At the same time, newly-published research is painting an increasingly worrying picture regarding the long-term effects of these substances on human and animal health, and on the environment. These issues are being debated widely by academics and regulatory bodies throughout the world.

Organisations on both sides of the divide agree on the need for effective infection control, particularly in sites such as hospitals and commercial kitchens. Those for and against the use of biocides differ, however, on the best practice recommended for hygiene in these environments. They also disagree about the effectiveness (and, therefore, the advisability) of using biocides.

For some years, organisations backing the use of biocides in areas where infection control is paramount have argued that a range of silver-based additives used in products for the healthcare environment are capable of slowing the growth of bacteria, mildew and mould. The process they describe is one in which silver ions block the ‘food’ required by the bacteria by interfering with the surface of the microbes and coating them. These organisations argue that incorporating silver ions into products used in the hospital or commercial kitchen will reduce the spread of infection.

Organisations opposed to the use of biocides, however, argue that the use of these substances needs much tighter regulation because the extremely widespread (and largely uncontrolled) use of these chemical additives in the world today leads to antimicrobial resistance.

As a result, the medicines become ineffective, and infections persist in the body, increasing the risk of spread to others.

Antimicrobial resistance occurs naturally over time, usually through genetic changes. However, the misuse and overuse of antimicrobials is accelerating this process.

The extremely widespread use of biocides threatens to speed up antimicrobial resistance because increased exposure means increased opportunity for genetic mutation within the bacteria. WHO stresses that this is not a problem of the future, but an immediate health risk. Data published by WHO’s Global Antimicrobial Surveillance System group in January 2018 revealed “widespread occurrence of antibiotic resistance among 500,000 people with suspected bacterial infections across 22 countries”. The most commonly reported resistant bacteria include E.coli and Salmonella, among others.

Genesis Biosciences, a company involved in the development of new ‘eco-benign’ antimicrobial products, explains that a key problem with today’s most commonly used biocides is the long-term contact between biocide residues and the bacteria they are designed to kill. The company states that: “Because the residues contain sub-lethal concentrations of the biocidal product, the targeted bacteria are becoming more resilient against the products used to treat them”. In other words, the more ‘competitive’ bacteria (often those associated with serious health problems) are not entirely destroyed by the biocide. Instead, they can remain in contact with the biocide over an extended period of time, if traditional hygiene processes are not followed stringently. This close contact between the bacteria and the chemical designed to kill it creates an ideal environment in which the bacteria can mutate and develop resistance. We all remember the claims about 99.9% of germs being killed by strong cleaning fluids. It is now understood that it is the remaining 0.1% of bacteria that is the long-term risk factor. A particular concern is that use of products containing biocides could lead to a harmful relaxation of cleaning regimes in areas where hygiene is critical, if reliance on the infection control capabilities of the products leads to complacency.

In recent years, a number of scientific studies have contributed towards a better understanding of the processes of mutation involved in the development of antimicrobial resistance as a result of biocide use, in addition to the environmental impact of biocides leaching into water resources. A research project carried out at the University of Cardiff, for example, concluded that “exposure to triclosan (0.0004%) was associated with a high risk of developing resistance and cross-resistance in Staphylococcus aureus and Escherichia coli (E.coli)”. The recommendation of the Cardiff research team is that the U.S. Food and Drug Administration and European Union Biocidal Products Regulation should demand information from manufacturers on antimicrobial resistance and cross-resistance in bacteria after the use of their products.

The United States regulatory body has already taken action regarding biocides. On 9th September 2016, the United States Food and Drug Administration (FDA) banned the incorporation of triclosan and 18 other antimicrobial chemicals in household soap products. In 2017, it banned companies from using triclosan in over-the-counter healthcare antiseptic products without premarket review. The reason given was that manufacturers had failed to provide the FDA with sufficient proof that triclosan was safe and effective in the light of research into long-term health risks, such as antimicrobial resistance.

European regulatory bodies are also taking action. The Biocidal Products Committee (BPC) of the European Chemical Agency (ECHA) has been examining the use of silver copper zeolite, silver sodium hydrogen zirconium phosphate and silver zeolite in a range of different products. Decisions are still pending for floor- and wallcovering products but, on 17th October 2018, the ECHA BPS decided not to approve the use of silver compounds in disinfectant products.

The committee opted for ‘non-approval’ as there was insufficient evidence to suggest that biocides were effective under dry conditions. The BPC of the ECHA stated, for example, (with regard to silver sodium hydrogen zirconium phosphate): “Generally, the antimicrobial effect of polymer materials containing silver active substances is dependent on how much of the silver is released. A precondition for the release of silver is a solvent, i.e. a liquid which the material comes into contact with. A dry polymer material surface will not release any silver ions and thus will not exert an antimicrobial effect.”

In other words, whilst the committee accepted that biocides might be effective if a surface is immersed continually in a solvent solution, and remains wet for a period of time, it was not proven that biocides had any antibacterial effect where surfaces are dry. In the absence of this proof, the committee decided not to approve the use of biocides in the disinfectant product category.

For manufacturers, such as ourselves, the decision to include or remove biocides has been at the top of the agenda for nearly a decade, so our policies reflect our response to the latest research from academics and regulatory bodies. Traditionally, customers have been keen to have antibacterial additives included in wall- and floorcoverings. In an industry sector where research and technology are advancing rapidly, it is understandable that suppliers and specifiers welcomed this apparent opportunity to solve major issues. Our technical teams follow scientific and regulatory evidence relating to our products on an ongoing basis; however, as part of our duty to customers and end-users. So a key question for us has been whether it would be better to remove biocides from all of our product ranges, irrespective of customer demand.

A breakthrough in recent years has been the development, by scientists, of new testing protocols for biocides which are revealing new insights and calling earlier findings into question. Responding to the latest evidence from teams of academics and bodies such as the ECHA BPC, we decided back in 2012 that inclusion of biocides could be discontinued in our resilient flooring ranges as they had no positive impact on hygiene. Use of biocides in Altro wall cladding products was also reviewed. In 2012, we decided to exclude biocides when designing new Altro wall cladding ranges and began to supply specific geographical markets (notably, the USA and Nordic markets) with biocide-free materials. Today, we do not include any biocides in our products.

In conclusion, research involving currently-available additives suggests that specifiers and customers should not consider biocides a ‘silver bullet’. But end customers can continue to rely on solid gold best practice for all areas where infection prevention is paramount. Firstly, research has confirmed the critical importance of hand hygiene, which has been shown to have far greater impact on infection control than was generally thought. Secondly, irrespective of whether biocides are incorporated into products, good cleaning regimes, that physically remove the microbes from surfaces, remain the most effective way to ensure hygiene criteria are met, even in critical areas. To make this possible, it is advisable to look for impervious, grout-free wallcoverings. A thorough cleaning regime on impervious surfaces, with supporting good hand hygiene,
is the answer. 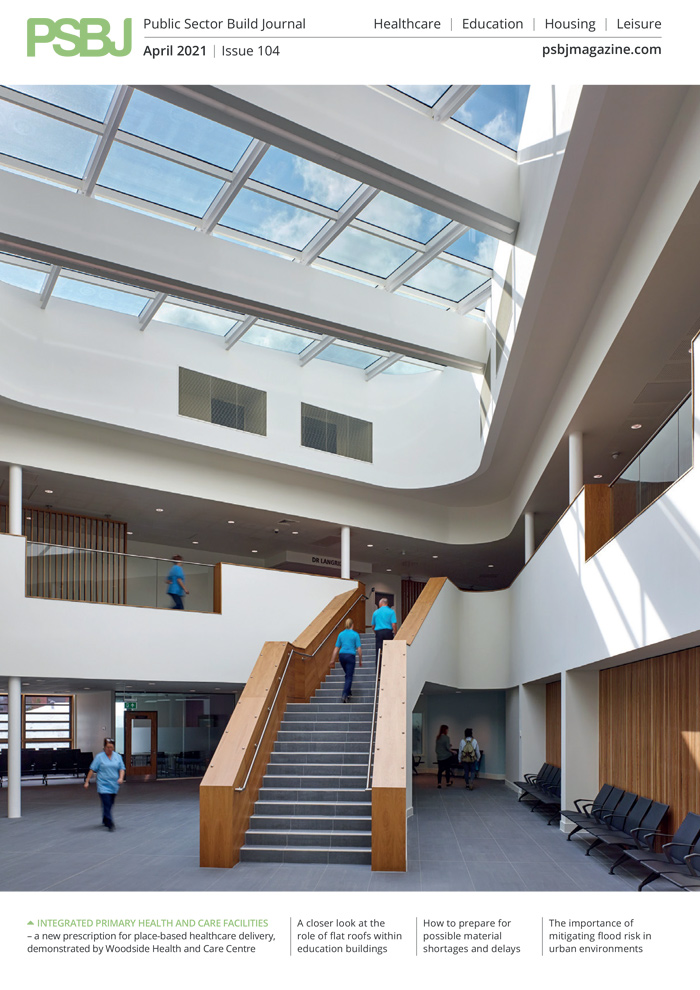