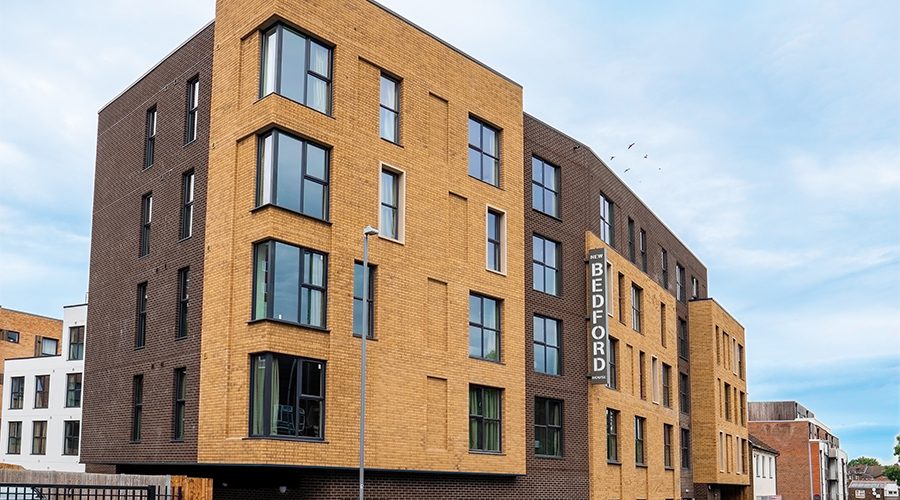 What makes for an attractive new-build development?

Jerald Solis, Director of Experience Invest, offers his expert insight into how developers can make new-build properties attractive to buyers and also support the needs of local communities.

Jerald Solis is the Business Development and Acquisitions Director at Experience Invest.

A recent report issued by one of Britain’s biggest mortgage lenders, Santander, found that 70% of young people now believe the dream of home ownership is over for their generation. What this stark figure shows is that years of demand outstripping supply have fundamentally altered the housing market to the point that people no longer feel that owning their own home is a realistic proposition.

But what can developers and policy makers do to help turn people’s home ownership aspirations into a reality? In short, the answer is to build more housing and to that end, the Government has its own target of funding the construction 300,000 new homes a year by the mid-2020s. However, when you dig a little deeper you quickly realise that while hastily completing new housing projects might be well intentioned, it’s far from the panacea it might seem.

This is not to say that building more homes won’t form an important part of any solution to the housing crisis. The problem is that while people are generally supportive of building new homes in the abstract, they are often unwilling to put up with the short-term disruption this entails or (if they can avoid doing so) live in the properties once they are completed. While this might seem counter-intuitive, it’s worth acknowledging that new builds have had a poor reputation for years and it’s important that people like me, who have some standing in the industry, recognise the role that developers have played in this.

Of course, some of the reasons new builds are unpopular are out of our control – a lack of transport links serving recent housing developments for example – but it’s also true that the unpopularity of new builds stems from the fact that they often fail to meet residents’ expectations on quality and aesthetics. Consequently, I welcome the findings contained within the Government’s Building Better, Building Beautiful (BBBB) Commission interim report.

The report entitled ‘Creating space for beauty’ is centred around a plea for developers to start thinking beyond their bottom line and start prioritising residents’ considerations. Granted, the commission’s stated aims do come across as ambiguous – they include advocating for beauty in the built environment as well as developing workable ideas to help renew high streets and inform the planning and design of new settlements. A wide-ranging set of aims for sure, but I believe this is the sort of radical thinking the industry needs to change people’s expectations of new-build housing.

People are wary of new-builds for a number of reasons. According to a poll conducted by YouGov on behalf of the housing charity Shelter, 51% of homeowners of recent new builds in England said they had experienced major problems including issues with construction, unfinished fittings and faulty electricals.

For too long, the lack of regard some developers have displayed towards future residents has fuelled some concerns concerning the quality of new-builds developments. Indeed, the housebuilding industry’s own Home Builders Federation survey found that only 25% of house buyers would consider buying a property which had been built in the last 10 years.

The problem is that the reluctance of many to live in new-builds only compounds the housing crisis further. In part, this is because it’s now harder to get community approval for significant new developments but crucially, it has driven demand for older properties to unsustainable levels.

Consequently, I was so delighted to see an influential Government commission lobbying for more, and better, development. As someone who works in the property sector, I believe the whole industry could do with undergoing a cultural shift. The role that developers play in shaping the housing market often goes without comment and by simply raising the level expected of them, the BBBB commission could go a long way to changing people’s perceptions of new build housing.

This is something we’ve always been conscious of here at Experience Invest. We work closely with local community groups and public sector organisations to determine how our new-build developments can best reflect their needs. We take pride in the fact that our projects in Luton, Liverpool and Newcastle showcase just how new-builds can be constructed that are modern and reflective of the local communities in which they are based. Ultimately, by adopting a collaborative ethos, developers can overcome people’s concerns about new builds and begin to change the mood around the property market in general.

With Britain’s housing crisis deepening, it’s essential that influential figures from both the public and private sectors continue lobbying for better residential developments. The British public demand more housing than ever and while the onus is on developers to ensure that what they produce is of the highest quality, it’s important that the market is not simply left to its own devices.

Consequently, the Government’s decision to convene the BBBB Commission is a crucial first step towards improving the quality and availability of housing. I believe that developers can and indeed should be aiming higher. It’s not enough to just build houses in which people can live, the industry has to start building homes of which people can be proud of. This is something we take great pride in supporting at Experience Invest.