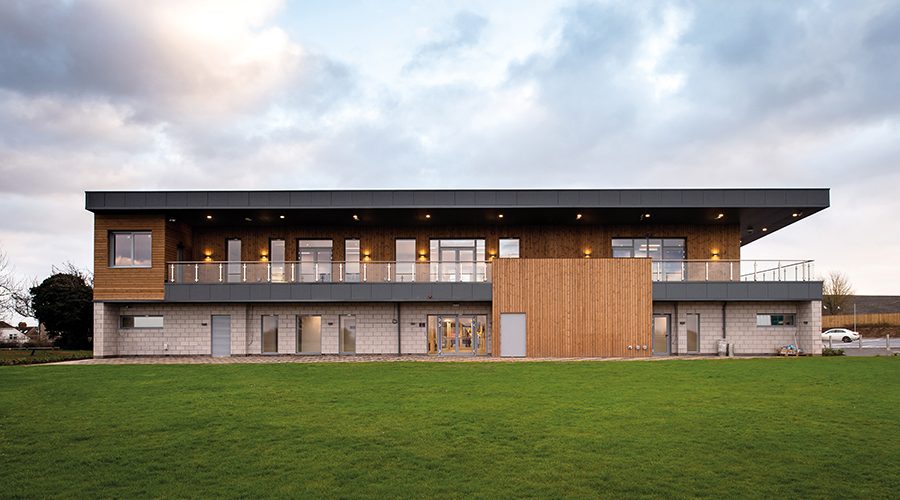 Future-proofing the backstop of the community

With grassroots sports and leisure facilities playing an increasingly vital role in boosting wellbeing and developing sporting capability and talent across the UK, creating spaces which respond to requirements and inspire communities to embrace sports and new hobbies is becoming a key priority. 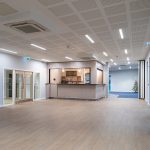 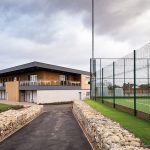 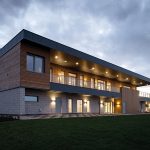 Sport England has recently been tasked with supporting the Government’s target to increase the number of people who take part in sports regularly by half a million by 2020 – largely by encouraging more people to participate in their local grassroots sport groups.

Local facilities are growing in popularity, with people increasingly seeking out sports and leisure amenities within their communities. With this shift comes an increasing need to develop spaces which speak to local requirement and celebrate sporting heritage in communities, creating spaces which build on the legacy of the past and encourage and enable the potential of the next generation.

One example of a community which has heavily invested in its grassroots sporting facilities is Hitchin, Hertfordshire, where Morgan Sindall Construction has recently delivered a major £5.1m refurbishment to its local cricket ground.

A commuter market town, Hitchin is located between London and Cambridge and has a population of around 33,350 people. With thriving football and rugby clubs, the town has a long-standing sporting legacy and is home to some of Hertfordshire’s most well-respected sporting institutions, including Hitchin Cricket Ground.

Established in 1877, the cricket ground is one of the oldest in the UK. It has been central to the region’s sporting community for more than 150 years and is home to both Hitchin Cricket Club and Blueharts Hockey team.

In 2017, Morgan Sindall Construction was appointed by Hitchin Cricket Club to deliver a transformational refurbishment which included an extensive modernisation of the ground and clubhouse.

Morgan Sindall Construction worked closely with award-winning local architecture firm Saunders to future-proof the century-old ground and create
a space utilised not only by the sports clubs, but Hitchin’s wider community.

As a result, one of Hitchin’s core objectives of the project was to inject a new lease of life into the clubhouse, bar and function rooms and create a vibrant social space for residents.

David Rowsell, Morgan Sindall Construction’s Area Director for Northern Home Counties, said: “In the recent years, we’ve seen Government bodies such as Sport England place a major emphasis on the central role grassroots sports and leisure facilities have to play in our communities.

“The most pivotal part of Hitchin Cricket Club’s refurbishment was the re-establishment of a space that could be used by the entire community and this was delivered through a collaborative process between the club, Morgan Sindall Construction and through continued consultation and communication with the local neighbourhood.”

The project included extensive interior and exterior renovations and the existing clubhouse was demolished to create a two-storey pavilion with catering facilities and an open-plan bar and function room on the first floor, overlooking the new all-weather pitch with changing facilities, meeting rooms and general back of house areas on the ground floor.

By interrogating and rationalising the preliminary design, Morgan Sindall Construction’s expert team was able to provide £950,000 of value engineering. The project team offered alternative solutions like reducing tonnage on the steel work of the clubhouse canopy.

The club also adopted an improved method of drain attenuation for their sewage systems. Through inciting the storage of water and controlling its gradual release it into combined drainage systems, the team were able to prevent the need to expand existing sewers, ultimately reducing costs.

Tom Martin, Project Manager for Morgan Sindall Construction, said: “This project drew upon local resources to minimise wastage and cost and ultimately optimise sustainability. For example, we ensured that our project team was predominantly based within a 10-mile radius of the site and by engaging with our sub-contractors to deliver the project, we were able to work together to reduce overall carbon emissions.

“We also collaborated with local waste company, Reconomy, which used its recycling facilities to repurpose waste materials for a nearby golf course, which negated on-site waste. This meant that 99% of project materials could be recycled locally rather than going to landfill.”

Hitchin Cricket Club remained fully operational throughout the project’s lifecycle and Morgan Sindall Construction worked strategically with the Hitchin community to minimise disruption for neighbours near to the site.

The project team arranged Just in Time (JIT) delivery to the site to help reduce disruption to the club and local residents and a traffic management system was also implemented. Direct liaison with the supply chain meant that, where possible, delivery vehicles were reduced in size and alternative routes were found to navigate through the smaller marked roads to the construction site.

To optimise on-site safety during the delivery process, Morgan Sindall Construction scheduled heavy machinery to work around Hitchin Cricket Ground’s training sessions and fully segregated the pitches through a single-entry access point, which ensured the site was securely enclosed.

During the build, the project team attended nearby schools to deliver presentations about the project and promote the construction industry to local pupils. Through this relationship, Morgan Sindall Construction also repurposed some old posts into football goals for a nearby green, creating an additional sporting facility for the Hitchin community to utilise.

The team also held a number of community events in partnership with their subcontractors, including charity matches and food bank donations, which raised more than £2000 for local charities.

Hitchin Cricket Club’s transformation has not only provided a stunning new community asset for its local sports teams, but has also created a much needed, functional social space for the wider community to benefit from. The regeneration of a valuable community space such as Hitchin Cricket Ground is a testament to the community spirit and passion still alive in grassroots sports and has created a lasting legacy for this community to enjoy for many generations to come.