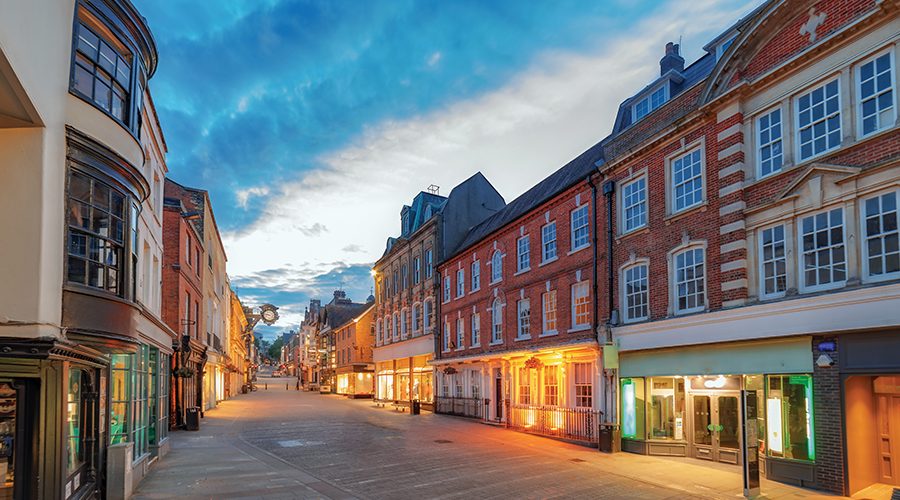 Putting the leisure sector in the public sector spotlight

The leisure sector may be thriving, but it is also facing a number of difficulties. Sam Spencer, Leisure Expert and Associate at Bruton Knowles, reviews these challenges, asking can the public sector do more to regenerate the sector?

It is evident that the leisure sector is in great shape, with the UK spending an eye-watering £129bn on leisure facilities in the last 12 months. As a leading property consultancy with 12 offices across the UK, we consistently receive enquiries for leisure premises and use.

Yet despite this, the sector continues to face challenges with retail and restaurant closures and a competitive need for housing space taking hold. These issues have the ability to disrupt the local economy, so now the public sector has a vitally important role to play in regenerating the leisure sector before it is too late.

This includes revitalising the local high street during a period of significant upheaval. A number of large brand retailers are either going into administration or moving online. In 2019 alone, we have seen Marks & Spencer, Paperchase and HMV all announce store closures and restaurant group Patisserie Valerie falling into administration. It is expected that 10,000 more stores are to close this year, leaving a number of empty storefronts in its wake.

Food and drinking establishments are no different, with closed restaurants and bars becoming the norm. Today, licenced and restaurant operators are under increased pressure to constantly launch new concepts, to stand out and attract customers through the door. The competition in the casual dining sector is intense. Those who are unable to achieve consistency of foot traffic barely last longer than six months, leading to further closures. However, loyalty is a fickle mistress, and a positive social media profile is essential. Effectively, they have to get it right all of the time.

These challenges could lead to towns and cities seeing reduced footfall, and a decline in business and people wanting to live in the area – all of which ultimately affects the local economy.

This can be minimised or entirely prevented through a clear strategy, put in place by the public sector. This includes ensuring complicated planning policy and costly local taxes do not hinder people from buying or renting flexible retail space. Instead, the strategies and policies should encourage and promote the acquisition and occupancy of leisure facilities.

Yet, while we are seeing significant empty facilities in some urban areas, the same cannot be said for suburban areas. The public sector has a larger challenge on its hands as the housing demand has brought with it a competitive demand for space.

In a nutshell, the Government has targeted 300,000 homes to be built each year – an ambitious objective when there is little green space in which to build – yet it is a target that the public sector can’t avoid.

This has resulted in housing developers bidding for space that is currently or has previously been used as outdoor leisure grounds and playing fields. Just earlier this month, for example, it was announced that 100 homes would be built on the former civil service sports ground on the edge of Gloucester’s city centre and this is an upward trend.

While this is necessary to meet housing demands, it is counterproductive, as the increasing population occupying houses will undoubtedly produce demand for such facilities.

Public sector involvement in the leisure sector has traditionally been the provision of various activities, including sports courts, leisure centres and gyms. Considering that many houses are being developed for families who are likely to have children, these occupiers will require recreational space to pursue sports or other activities. National and local Government has to meet some of this demand, to encourage people into the area.

Such problems can be avoided as long as local planning policies are robust enough to insist that leisure spaces are provided as part of a Section 106 agreement, under the Town and Planning Act 1990. This is a private agreement made between local authorities and developers and can also be attached to a planning permission.

Delivering high-quality facilities, at a time when housing provision remains of utmost importance is difficult and has, in some cases, become a struggle for many local authorities, which do not have adequate funds to deliver this provision. It is important that they do not give in to the pressure to give up these facilities for residential development, without guaranteeing alternative recreational sites.

A different operational model could provide a beneficial alternative. If a local authority is able to retain ownership of the facilities on a long-term basis, it can then turn over the management of the leisure facilities to private ownership. This will ensure consistent quality and rental income, which ultimately can guarantee ongoing provision of services and facilities during a time of uncertainty. However, any such agreements will also have to provide a return for the supplier; a factor which has proved to be a stumbling block in the past. An increasingly collaborative approach is the most likely optimum way to ensure that service provision remains consistent and that facilities are available for those unwilling or unable to use private providers.

By putting key plans like these in place now, local authorities will benefit as the leisure provision can be incentivised to grow, a factor that should promote taxpayer satisfaction, wellbeing and ultimately result in a boost in the economy rather than a decline.