Keeping Water Clean: How to Design a Hygienic Water Network

Despite the fact that they’re mostly hidden away behind concrete and plaster, the water networks built into the structures we live in are vitally important systems that we rely on every day to keep us healthy and well. These systems are often highly technical and complex, especially in demanding developments such as high-rise residential housing, where large volumes of water are required for a great number of people. 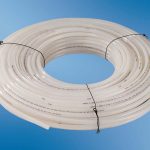 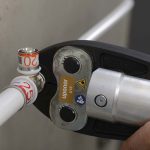 Whether it’s in social housing or high-end residential, if the water network in a high-rise building is not up to the challenge, then it can result in a number of serious consequences, such as the proliferation of bacteria throughout the piping. One of the worst-case scenarios is that Legionella, which can cause a potentially fatal form of pneumonia known as Legionnaires’ disease, takes root within the pipes. The Legionella bacteria is normally found in natural water bases such as ponds and lakes, but it can also breed in any stagnant water between 20 and 45°C.

The most common sources of Legionella within a building are hot and cold water systems, but it can also be found in other areas such as cooling towers, dehumidifiers, water fountains and shower outlets. To avoid outbreaks of this disease within large housing developments, a Legionella control scheme needs to be implemented which takes into account factors such as water usage, water temperature control and disinfection measures as well as regular monitoring and reporting.

In addition to taking preventative action, there are also steps which can be taken to reduce the likelihood of bacteria colonising within a property’s domestic water system. A common problem is when repairs to an existing system or re-routing of water pipes result in ‘dead-legs’ or ‘blind-ends’. A dead-leg is a run of pipework that is not commonly in use and blind-ends are lengths of pipe which have been terminated. If either of these are present, pockets of water can stagnate and provide bacteria with an ideal breeding ground. Any blind-ends must be removed straight away and pipework that is rarely used should either be removed or scheduled for constant action to make sure that the water within the pipes is flushed through after a maximum of five days without use.

The above issues are typically found in older buildings where repairs have led to the pipes being altered. However, modern systems aren’t always problem-free with a common issue being that a designer will choose to use more efficient water outlets to reduce water consumption, which can sometimes lead to oversized supply pipework. Unless the network has been specifically designed to adapt to these reduced flows, there is a high risk of water within the system becoming stagnant.
It might not even be the layout of the pipework that’s the problem. Pipe systems made from traditional materials such as copper can harbour limescale build-up, which can be a perfect environment for bacterial growth and bio-film. Unprotected, open-ended metal pipes can harbour dirt and bacteria before they are even installed, and once the bacteria have established into a bio-film, these contaminants are virtually impossible to remove. Even new copper plumbing can cause issues, as corrosion of new pipes can lead to ‘blue water’, which is when high levels of copper gives a blue tinge to the water coming out of the taps.

Due to their extremely smooth inner surface, plastic-based systems such as Multi-layer Composite (MLC) pipes reduce the chance of limescale building up within the pipes, making an MLC system more hygienic than one built using a traditional material like copper. The smoother internal surface also improves flow rates and reduces friction losses, which maintains the water pressure and ensures a good flow of water at the outlet.

An additional benefit of multi-layer pipes is that they reduce the number of connections required in the network. Fixed length stainless steel and copper pipes inevitably require a lot of connections, as they can’t bend around obstructions and are typically supplied in 3m lengths, necessitating joints at every obstacle and at the end of each pipe. Crevices in connections can become sites of bacteria build-up and; therefore, the more connections in the system, the higher the risk of bacterial contamination.

MLC pipes can be supplied in very long coils that can be cut to specific lengths and threaded around obstacles, creating a joint-free pipe system between the water source and the outlet. Installing this type of pipe network not only removes the need for connections, but it also increases the system’s performance while reducing installation time, costs and the risk of leaks.

Installing on-demand hot water generation, instead of a traditional water tank, improves hygiene levels in a similar way to the multi-layer pipes, as water tanks are common sites of bacterial growth.

To further increase the hygienic properties of multi-layer pipes, they can be installed in a ‘loop’ configuration which means that the water is flushed through the whole local pipe network every time any water outlet is opened. This prevents stagnation and removes the potential to have a dead-leg within a local network, making it a highly effective method for reducing the possibility of bacterial growth. A loop design utilises only one consistent pipe size throughout and requires fewer connections and fittings than a traditional ‘T’ or branch-type installation.

Loop systems can be combined with intelligent flushing stations that actively monitor the water within the system. If the monitoring identifies that water has remained stagnant for over five days, it will take action by flushing hot and cold water through the network and all the outlets.

The future of shared water networks

With the UK currently experiencing a boom in both social housing and high-rise living, choosing the right water system for new large-scale residential projects has never been more important. This is evident from the £12bn investment which the Government committed to the Affordable Homes Programme, supported by research from New London Architecture (NLA) which estimated that 76 buildings of more than 20 storeys were completed last year in London alone, which is a threefold increase on the previous year.

This move towards more people living closely together in sites that share water networks underlines the importance of making those systems as hygienic as possible. The right solution needs to be specified during the development and construction phase of any new high-rise residential project to ensure that the building’s residents can trust that the water coming out of their taps is clean and safe.