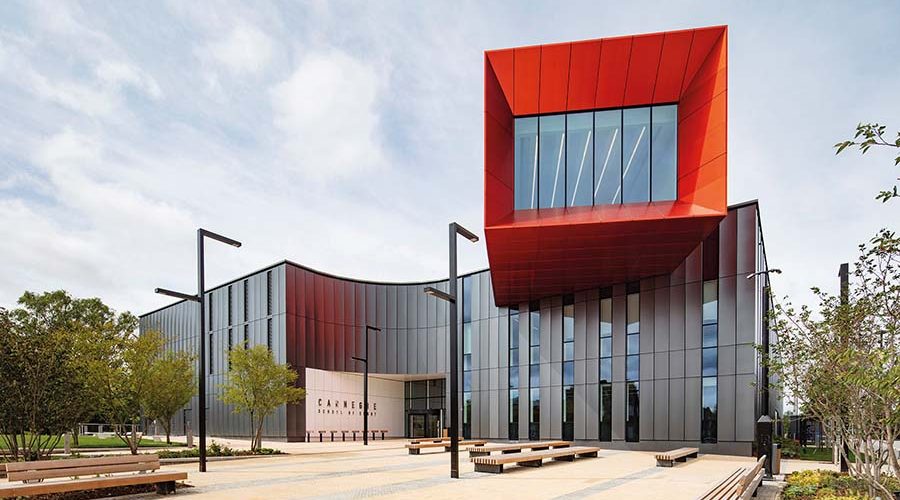 The new £45m Carnegie School of Sport (CSS) building has been unveiled by Leeds Beckett University in the heart of its Headingley Campus. 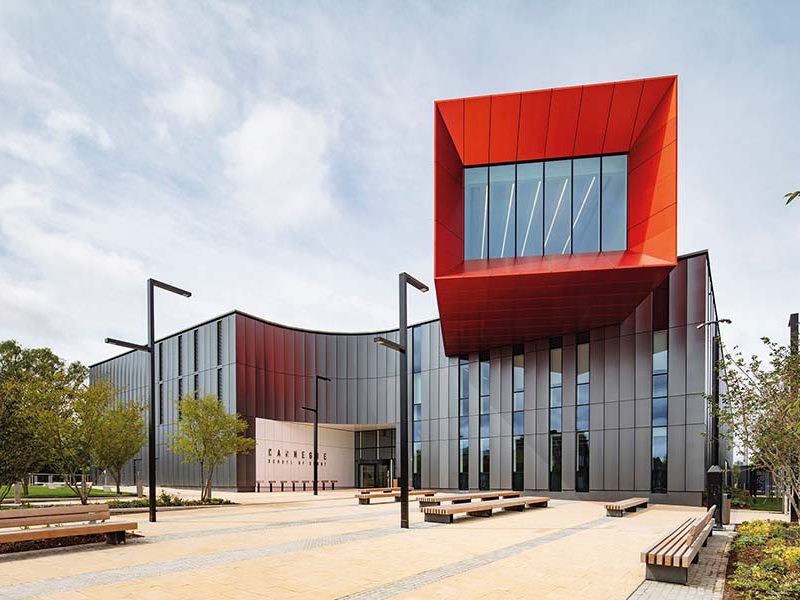 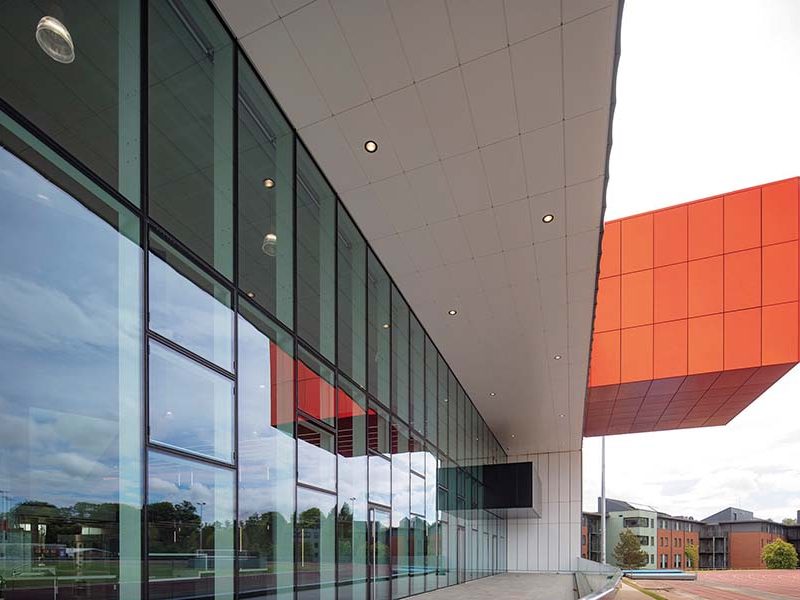 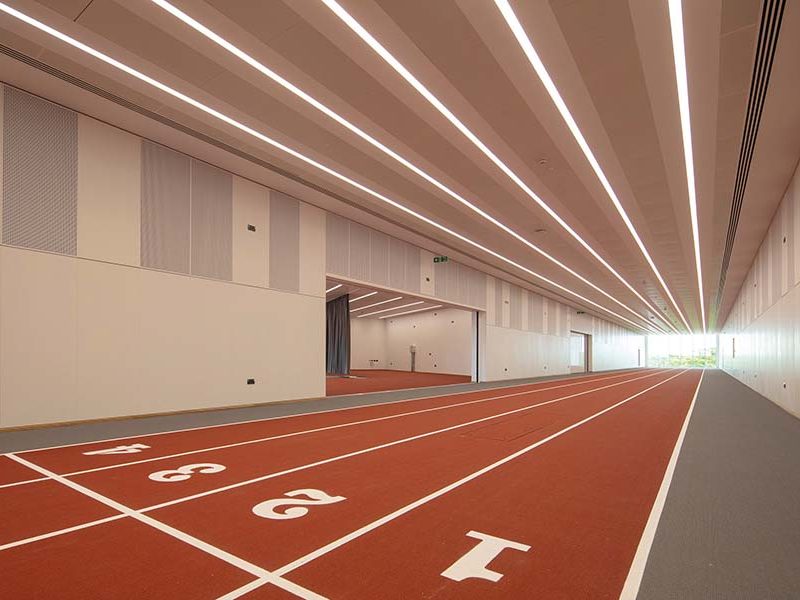 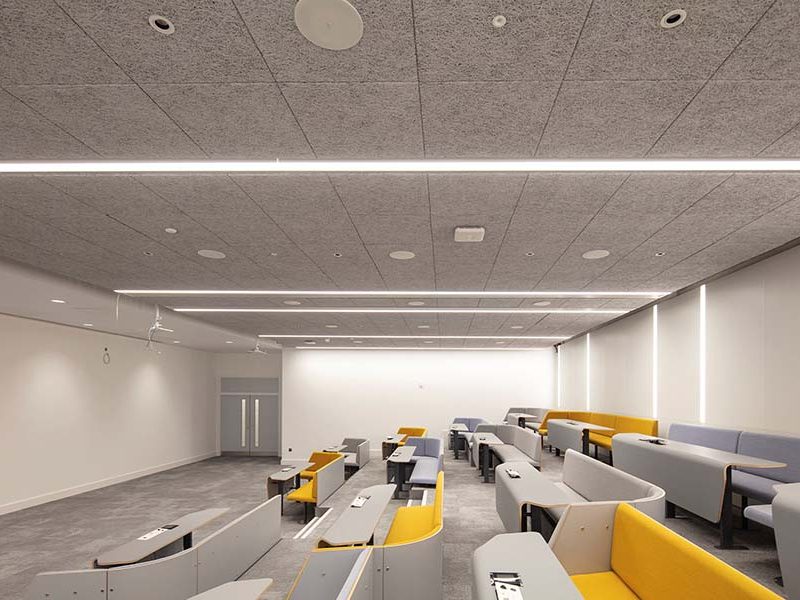 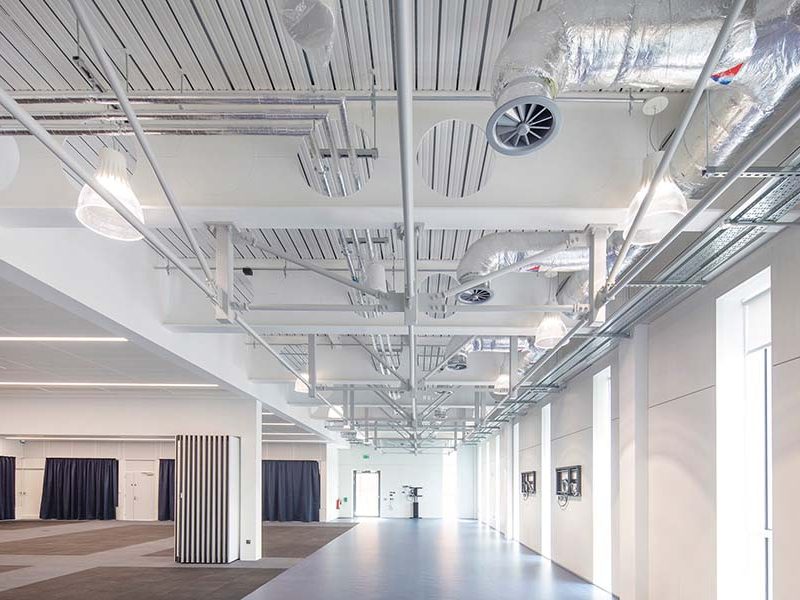 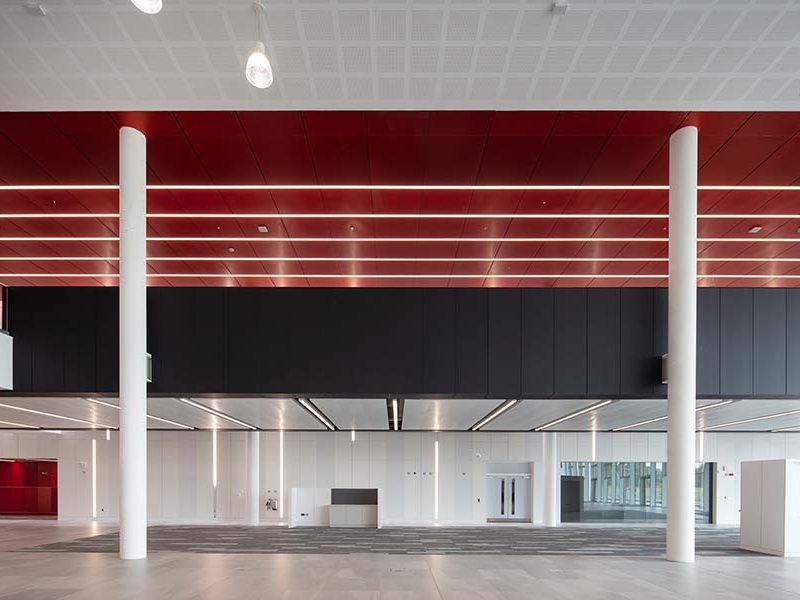 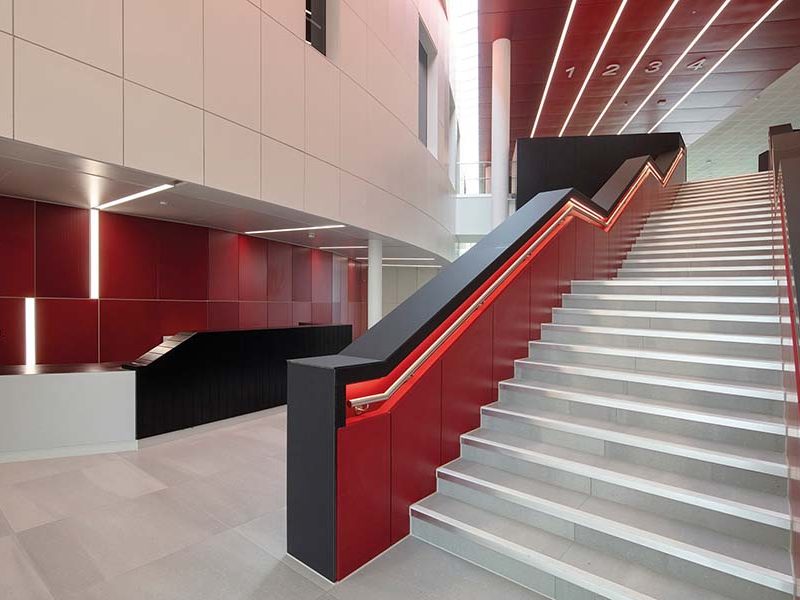 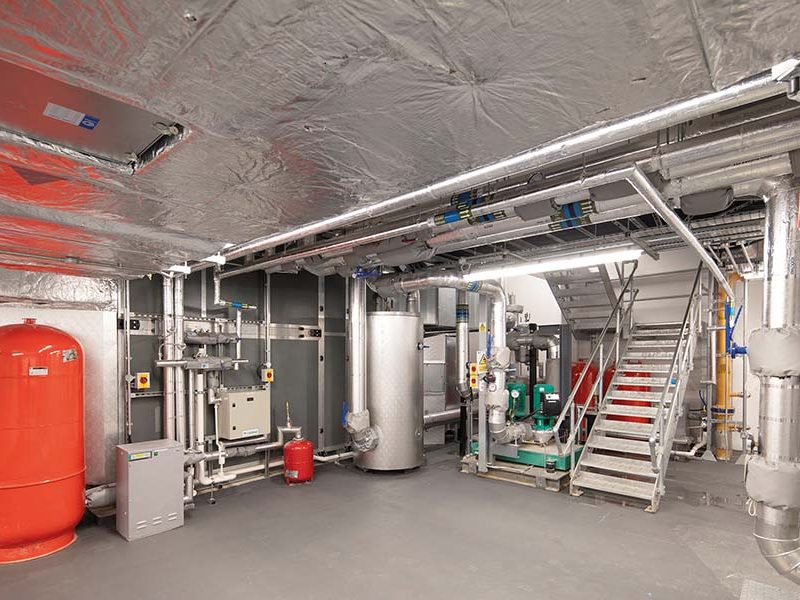 Designed by architect firm Sheppard Robson, the 90,000ft2 landmark building is a significant addition to the university’s estate and further boosts its growing stature in helping shape the future of sport.

The state-of-the-art facility will also be the base for the Carnegie School of Sport’s undergraduate, postgraduate and research programmes as well as providing a hub for elite athletes.

Key features of the building include an indoor 60m athletics track for performance training and analysis, dedicated research laboratories, and a health and wellbeing studio.
Teaching provision across the building, which can cater for more than 1600 students, incorporates five lecture theatres and around 40 laboratories.

The building will also house two world-class environmental chambers, which can mimic different altitudes and environments and are capable of achieving temperatures of between -30ºC to +50ºC, relative humidity of 15% to 95% and altitudes up to 8000 metres.

Constructed by main contractor, Galliford Try, which was appointed to the scheme in 2018, the Carnegie School of Sport forms part of a wider £200m programme of investment by the university across its campuses and will play a part in its ongoing positive contribution to Leeds city centre and beyond.

Peter Mackreth, Dean of the Carnegie School of Sport, said: “We are delighted with the finished building. Carnegie School of Sport is the UK’s biggest school of its type, and this outstanding facility will enable our staff and students to continue to shape the future of sport, changing lives for the better by helping to improve practice, policy and performance.

“Our applied research with our partner network, in performance, conditioning and coach development, anti-doping, nutrition and health and wellbeing is changing policy and practice around the globe. And now, thanks to this fantastic new building, our staff and students have the facilities to match their achievements and ambitions.”

The decision to locate the indoor athletics track at roof level has created the building’s main feature and is what led to its striking form with cantilevered spaces to both front and back, along with a full-height glazed atrium overlooking the outdoor running track.

Concave aluminium cladding adds further interest and texture to the building’s exterior giving an almost chameleon-like colour change effect as it reacts to changes in light.
With such a wide range of spaces incorporated within the building, the main contractor appointed SES Engineering Services (SES) to install a full range of MEP services, given its proven track record of delivering major higher education schemes across both complex refurbishments and state-of-the-art new builds.

SES’ Managing Director, Steve Joyce, said: “We were delighted to have a further opportunity to work with Galliford Try on behalf of Leeds Beckett University to create such a dynamic teaching, research and performance space, as the Carnegie School of Sports.

“Designed to achieve BREEAM ‘Excellent’, we were able to apply our BIM Level 2 and associated asset tagging experience to best effect, along with our established offsite manufacturing capability to ensure the building achieved its target.

“Adding COBie data in the BIM model, coupled with a VRF leak detection system installed to easily identify faults, will aid future maintenance for the lifecycle of the building and ensure that it, like the elite athletes who study and train on site, will sustain optimum performance.”

Galliford Try’s Managing Director, North East and Yorkshire, Cliff Wheatley added: “We are proud to have delivered the Carnegie School of Sport project for the staff and students at Leeds Beckett University. The project team and all the stakeholders involved rose to the challenge, creating a truly world-class facility that will have a significant impact on teaching, research and performance for years to come.”

Previous Post Early Consultation on Final Finish Ensures a Stunning Result
Next Post The Future of Leisure: What’s Next?