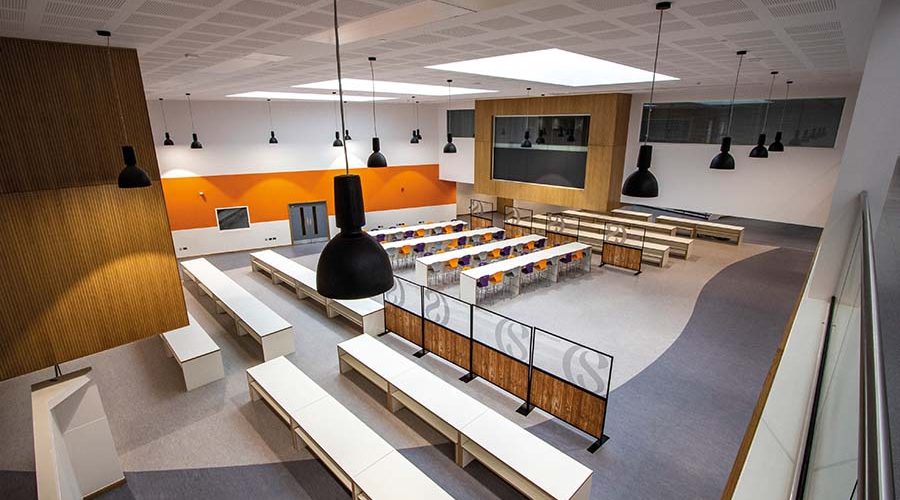 Today’s educational facilities must not only provide effective teaching environments, but must also provide a community hub that’s sustainable, long lasting and multi-functional. However, there are a number of ageing schools still in use that are just not designed to meet the expectations placed on contemporary buildings. 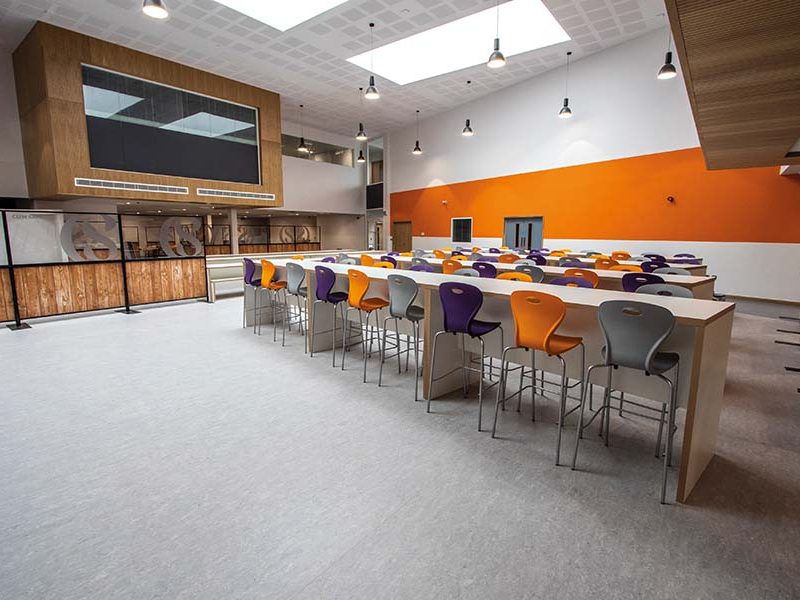 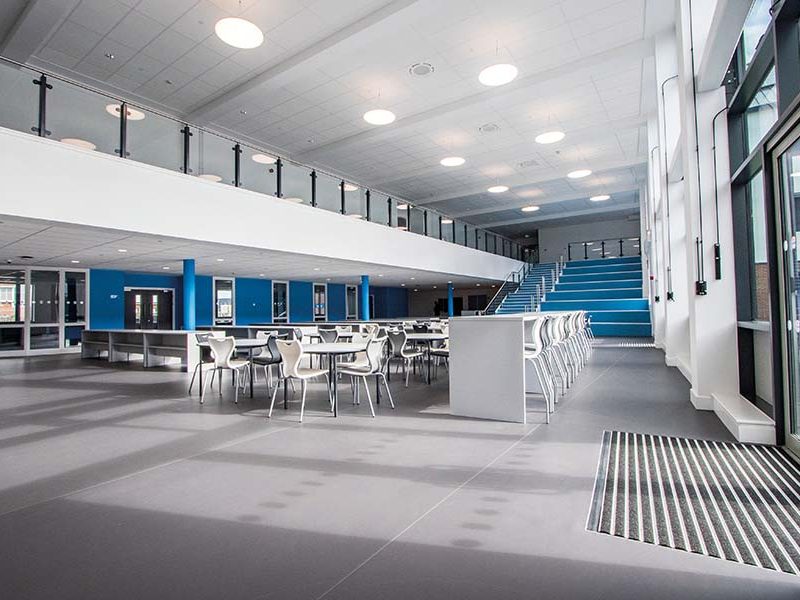 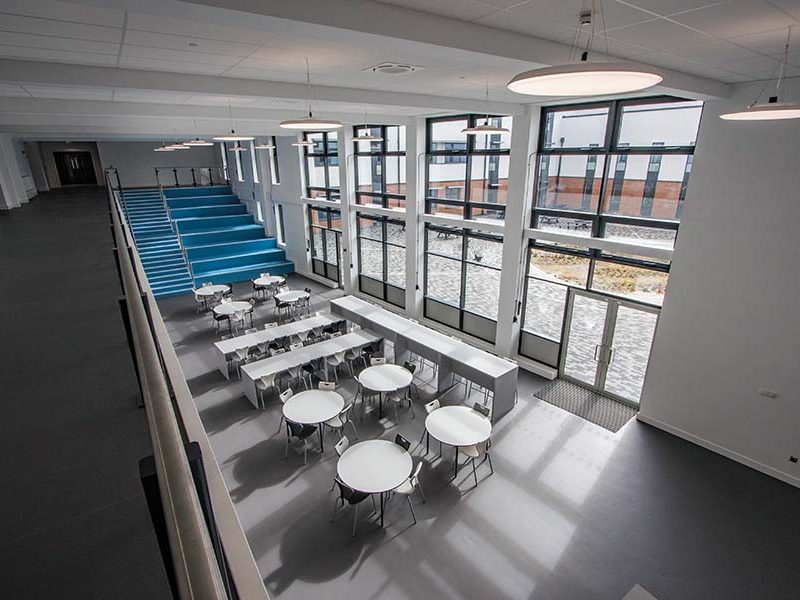 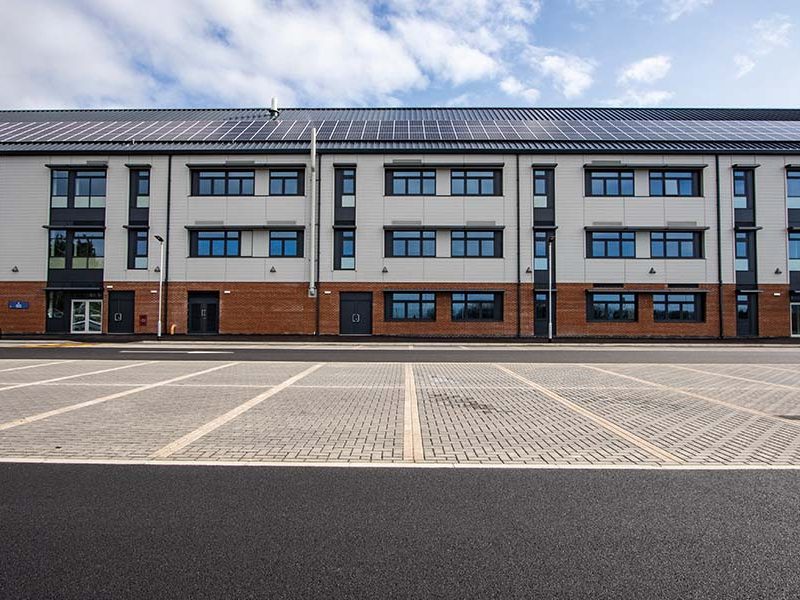 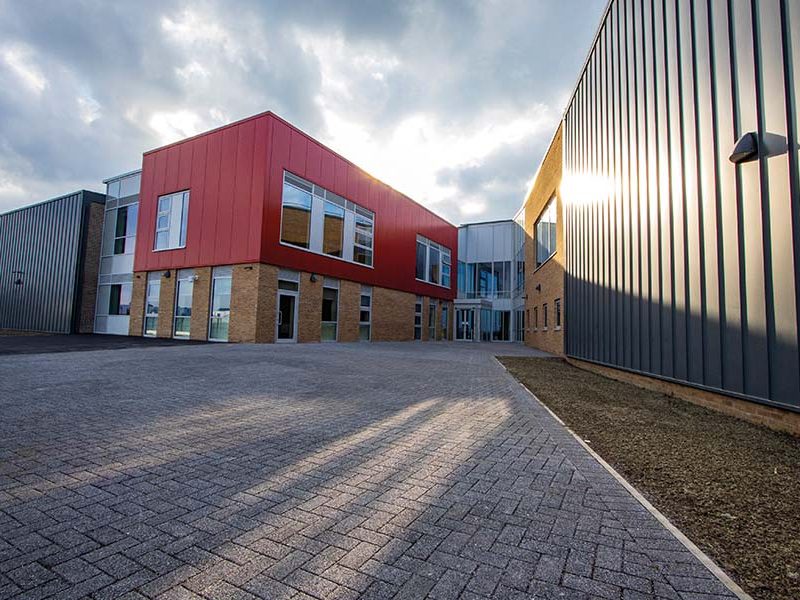 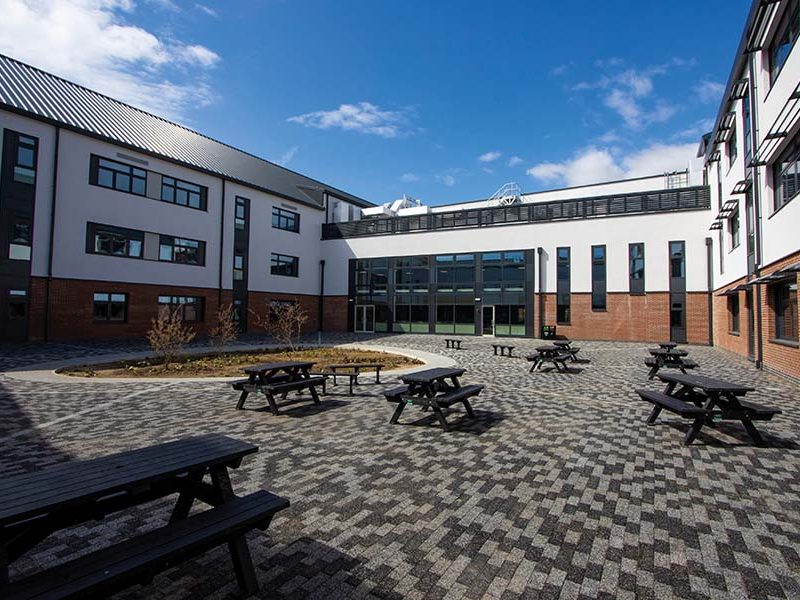 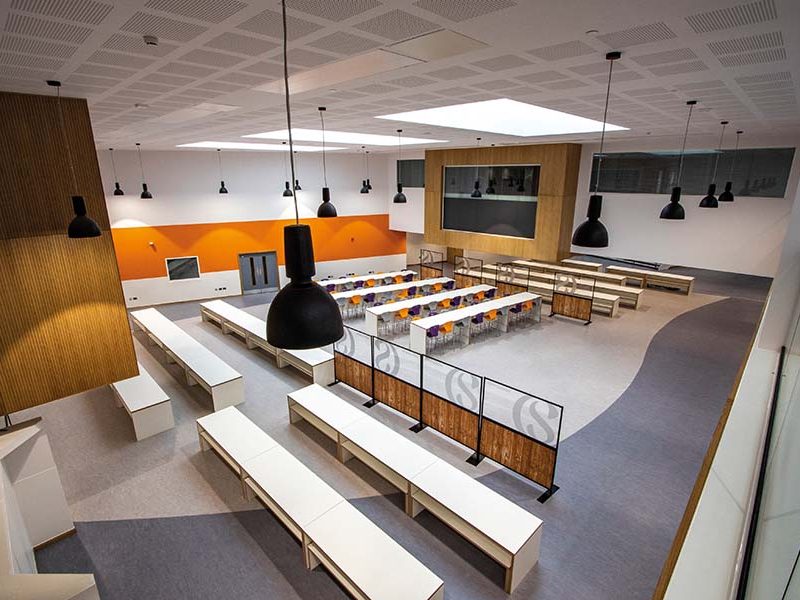 The imperative to construct a new generation of schools that meet a higher standard of operational, social and sustainable demands is illustrated by the Welsh Government’s 21st Century Schools and Colleges programme. This was implemented to ensure that demand for new school places would be met with advanced establishments able to provide high-quality teaching spaces that would deliver maximum value for the local area.

Morgan Sindall Construction has been working on two new secondary schools in south Wales as part of the 21st Century Schools and Colleges programme to replace existing sites. The Cefn Saeson Comprehensive School in Neath and the Whitmore High School in Barry showcase how to create contemporary educational facilities fit for the challenges they will face.

At the £27m Cefn Saeson project, which opened earlier this year three months ahead of schedule, a two-storey, 97,000ft2 building was required with space for 800 pupils. This site incorporates a range of state-of-the-art facilities, including 48 classrooms, creative workspaces, art studios, a bespoke learning support centre for students with additional learning needs and ICT facilities with integrated mobile technology.

As a sports-oriented school, it has a number of high-end physical education areas, such as a competition level hockey pitch, 3G rugby pitch, an activity studio and four multi-use games areas.

For the Neath Port Talbot Council, which commissioned the project as part of its Strategic School Improvement Programme (SSIP), it was important that the school avoided an “institutional” look and feel. Instead, the council’s preference is that the schools in its area convey a more architectural, university campus-style aesthetic.

A bright, open design with lots of texture and colour was developed to meet this requirement. Externally, the striking architectural features are immediately evident as the design played up to the school’s location. Being on top of a mountain, the building was built so that it would appear very prominent, as though it’s sticking out from the surrounding hillside. This makes the dark grey external cladding near the entrance all the more eye-catching, particularly as it’s on a raking angle that runs diagonally across the top half of the building, contrasting with the bricks that make up the bottom half. The vibrant red cladding that’s visible on the side of a building adjacent to the entrance provides a pop of colour that really distinguishes the facade from what you’d normally expect at a secondary school.

Internally, acoustic feature timber panelling was used in circulation areas such as the main atrium to break up the wall space. A number of architectural features were utilised in the dining room to create a vibrant atmosphere. Along with the timber panelling, this included a broad orange stripe across one wall that divides the white background, contrasting grey and white floor areas and floating, glass-fronted second-storey offices above half the dining area.

One particularly key feature was the inclusion of Hellerup stairs, the visually-iconic concrete staircase design that’s reminiscent of casual breakout areas in universities and large campuses. The wide, open-plan nature of these stairs allows students to sit and mingle while also easily being able to move between different areas.

The 11,000m2 Whitmore High School will have a slightly larger capacity than the Cefn Saeson Comprehensive School, as it will provide places for 1100 pupils across its 70 classrooms, two drama and activity studios, a state-of-the-art music studio, art learning resource centre and multi-functional hall with retractable seating. It will also feature an inclusive ALN suite to support students with additional learning needs, as well as both indoor and outdoor sporting facilities, including an all-weather pitch and multi-use games court.

At the £29m Whitmore High School, which is due to be completed four months ahead of schedule in spring 2022, a Hellerup staircase was also an important aspect of the design. The old site had one and Morgan Sindall was tasked with retaining it in the new school. The canteen area of the site has a bright blue Hellerup staircase with white edge markings linking the open-plan seating of the dining area to the building’s second storey.

A number of comfort-driven design elements were incorporated into the classrooms to ensure that they would be effective learning spaces. The rooms themselves are 8% larger than required to improve the airflow and a lot of consideration was given to the orientation of the rooms, with high activity spaces being at the front of the building and north-facing to minimise direct sunlight and glare. Envelope materials were also chosen for specific insulation properties, such as windows which would provide solar protection to regulate the building’s temperature.

A high level of engagement with the school ensured that it would be ideal for the site’s future use. This was demonstrated by the attention to detail paid to the furniture, fixtures and equipment that would be required by the teaching staff. By ensuring a close level of collaboration between the construction team, the supply chain and the school, Morgan Sindall could ensure that each room would be appropriately set up. For example, bespoke teaching walls were installed in many classrooms which required short-throw projectors along with a whole host of associated details, such as connectivity, sockets and wall space. Getting all of this right during the design and build would ensure that the school would begin its operations smoothly.

A number of innovative techniques were implemented at both projects to streamline the construction process and ensure that they were delivered as sustainably as possible.
BIM was an important part of both schools for a number of reasons, as not only did it help minimise design clashes and improve coordination between subcontractors, but it was also used to communicate the designs to stakeholders. QR codes were developed for each room so that the construction teams could easily access the appropriate 3D model and see an augmented reality overlay of the space.

These QR codes were ideal for sharing the models and making sure that everyone knew what the area they were working on should look like and how it should be constructed. It also allowed Morgan Sindall to share the detailed models with students, teachers and the local authorities so they could understand what the new sites would be like. This ability to conduct virtual tours was especially useful given that work took place during the lockdown periods, which made real-life tours impossible.

Both projects also required creative solutions for how to use the land on site in order to minimise the school’s carbon footprints. This was particularly crucial for the Whitmore High School, as the local authority is targeting a BREEAM rating of ‘Excellent’. This meant that all the earth and material dug up as part of the construction was used on site instead of being taken away, which avoids waste being taken to landfill and reduces the amount of transportation required. The same approach was employed at Cefn Saeson, but due to the building being on the side of a mountain and a whole new plateau having to be dug out, it had an especially large underground footprint. Two new tiers were added to the project at different levels to make sure all the earth and rock stayed on site.

Aside from the actual creation of the new buildings, the 21st Century Schools and Colleges programme places a heavy emphasis on new developments generating significant social value for the local area. The Morgan Sindall Construction teams on each project fully embraced this aspect of the work and implemented a number of initiatives which, to date across the two schools, has seen over £38m of social value investment into the local communities. This took a number of forms, ranging from engaging a total of 1790 pupils in STEM-based curriculum activities, 660 donated hours of volunteer projects, creating 100 new entrant jobs for unemployed people and supporting the local economies by putting 100% of the project spend into local SMEs.

At the Cefn Saeson school, approximately £11m of contracts was awarded to subcontractors in the south-west-Wales region. Morgan Sindall even took part in a new initiative by the Welsh Government in which a project bank account was set up through which Neath Port Talbot Council could have visibility on the payments to subcontractors. The Morgan Sindall Construction team at Whitmore High School went above and beyond the corporate social responsibility requirements of the 21st Century Schools and Colleges programme in a number of ways, employing three teachers on a part-time basis, collaborating with a council steering group to identify new ways that local businesses could get involved and even building a new allotment for the local community centre.

As we can see from these projects, the definition of success for a new-build school has to take into account a long list of factors ranging from design and build quality to long-term environmental concerns and generating maximum benefit for the nearby residents. Achieving this requires close collaboration with every stakeholder and partner as well as a holistic approach to construction in which each component, technique and decision is assessed across a broad spectrum in order to truly understand its value.