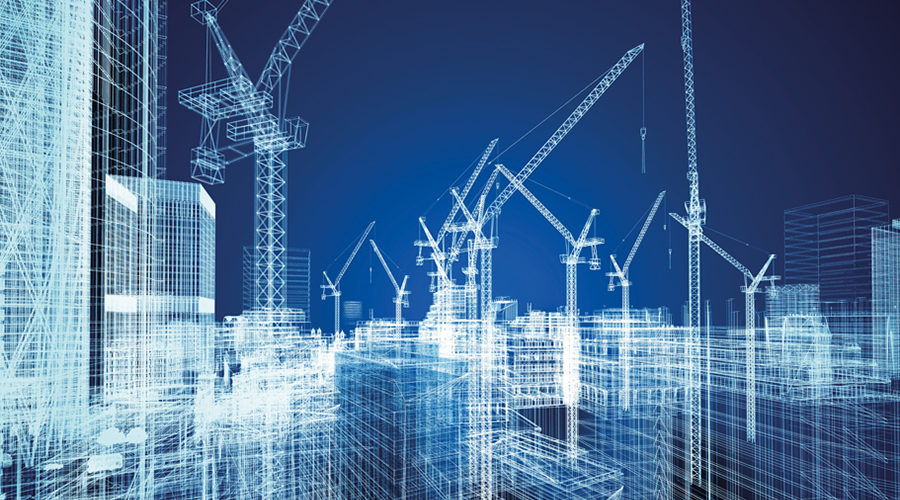 How Digital Technologies are Helping to Deliver a Better Built Environment

As the uptake of digital technology within the construction sector gathers pace, built environment professionals are becoming aware of the benefits digital strategies can bring. David Bain, Research Manager at NBS, looks at how digital technologies improve building standards and which areas are moving the needle in terms of safety and sustainability, using NBS’s recent Digital Construction Survey.

There’s no doubt that we’ve seen a dramatic transformation from the construction industry regarding its perception of digital adoption. Outside influences, such as the COVID-19 pandemic, have pushed the sector out of its comfort zone, forcing it to adopt to new working practices. Further pressures are leading to further change, such as new Building Safety Regulations requiring improved levels of accuracy, reporting and compliance. The recent COP26 event has also moved sustainability in construction even further up the priority list. These are all areas in need of urgent focus, and a robust digital strategy can offer practical support in addressing priorities such as building standards and reducing carbon emissions.

Whilst there are many forms and functions when we refer to digital technology, be it BIM, specification platforms or project management tools, each represents a wider step in achieving the ‘golden thread of information’. This term became part of the industry’s parlance following Dame Judith Hackitt‘s ‘Building a Safer Future’ report – an Independent Review of Building Regulations and Fire Safety. In this seismic document, the message was hammered home; if building standards are to improve, then a traceable and trackable digital record of the entire decision-making process will need to be implemented. Only then can it achieve the transparency the sector so greatly needs.

What’s promising to see is that, since the concept first gained widespread attention back in 2018, the message is being heard loud and clear. Of the 900 respondents who took part in NBS’ Digital Construction Survey (previously known as the NBS BIM Survey), 78% agreed that they ‘need to be working digitally to play their part in realising the golden thread of information’. Yet, there still appears to be a sticking point as only half were clear on how they will make this happen.

Digital technologies and ways of working are helping to create better buildings and places, with 80% agreeing with this sentiment, and three quarters felt ‘it was having a positive impact on environmental sustainability’, and 74% ‘helping to create a safer built environment’.

One practical improvement is the use of detailed construction product data and BIM/digital objects. For architects involved in designing the buildings of the future, having the right information at their fingertips is crucial to making the most informed decisions possible. Eight out of 10 architects wanted manufacturers to provide them with BIM/digital objects, and, pleasingly, around 80% of manufacturers are doing this for some products.

By doing so, architects and specifiers can feel confident that the products they are using are the safest and most sustainable – and it all starts with data. By providing architects with the right digital information, it brings us one step closer to achieving the golden thread, that is, creating a digital record of the entire decision-making process from beginning to end.

The move to hybrid working has also impacted attitudes to the future of work, and is also shaping the direction of digital technologies. A significant proportion of the sector (58%) reported that they expect to split their time between home, and office, factory or site over the next five years. The implications are clear, that cloud computing will continue to be an essential part of this shift – in fact, three quarters (77%) already work in this way.

A further uptake of BIM will also help continue this trend. With 71% of respondents already using BIM, it’s clear it remains an integral part of people’s working process, with a quarter of respondents (25%) intending to adopt it in within the next five years. Whilst BIM is a process rather than a technology, some respondents commented on how it could be deployed to the best advantage when combined with the use of clash detection software to identify mistakes amongst components before works begins on site.

Often overlooked, BIM for use in the operational phase is also helping to deliver high-impact, net-zero carbon targets.

The future is just beginning

Although construction appears to be on the right track in terms of digital adoption, it still lags behind other industries in terms of digital capabilities. Yet, momentum is building, laying the path for further advancements which are set to improve the quality of builds and lower carbon emissions.

The standardisation of the construction industry, for example through modern methods of construction (MMC), is set to be a game changer. In fact, in the past 12 months, half of respondents reported that they had worked on an offsite project and with strong Government backing, this is only set to increase.

Alongside this, technology, such as apps, that can assist in the quality assurance of products before they leave a factory as well as tech that can help with material recycling and waste disposal is set to dominate. A further focus on tech that can collect, store and analyse data will also be a key theme moving forward as the industry’s hunger for ‘big data’ grows.

The increased use of digital twins will also enable easy access to essential building information, improving construction times by using previous data and knowledge to build more safely and efficiently. Yet currently, digital twin adoption remains relatively slow, with only 16% having worked on a project that used a digital twin in the past year.

Technologies that once seemed better suited to science fiction are now being realised, becoming a part of day-to-day operations and will continue to evolve in the coming years. NBS found that over a third of respondents already use immersive techs such as VR (virtual reality) and AR (augmented reality) and half (50%) plan to within the next
five years.

With so much to offer, it’s clear why digital technology is becoming the ‘go-to’ for the construction industry. We’ve seen in Government mandates that this ‘digital first’ approach is being fully supported. Initiatives, such as the Government-backed Construction Playbook, encourage the use of MMC and a total uptake of the UK BIM framework. It’s currently an exciting time for the sector, which feels on the precipice of significant change. We now need to build on that momentum and continue transforming the future of building safety and sustainability through digital means. By doing so, we’re futureproofing not just occupant health and safety but the broader environmental issues we currently face.