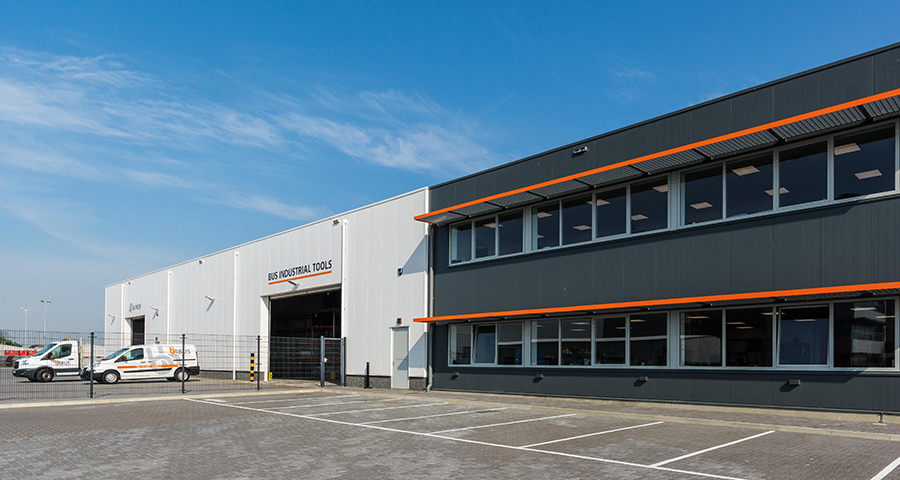 Modular construction can offer huge benefits in terms of project schedule, budget and workforce requirements. But prefabrication has struggled to be seen as a valid choice in the housing sector. Robert Dale from Daniel Connal Partnership looks at how attitudes might be changing.

Robert Dale is a Senior Partner at Daniel Connal Partnership. As well as a Chartered Quantity Surveyor and seasoned Project Manager, Robert is also a chartered building surveyor and an Incorporated Member of the Association of Project Safety.

Modular housing has long suffered from an image problem in the UK, perhaps because we associate it with the post-war pre-fabs ‘thrown up’ to provide emergency housing in the 1940s and 50s.

But, ‘thrown-up’ is a misleading phrase. Yes, pre-fabs were built quickly in response to the housing crises and lack of materials caused by the war, but their need was both anticipated and planned. Three years before the war ended Churchill set up the Burt Committee to tackle this problem. Their findings favoured a pre-fabricated housing solution, built with available materials in factories that were no longer required to support the war effort.

Standards were set, including: a minimum floor area, two bedrooms, a ‘fitted’ kitchen, baxi-boiler providing hot water and – novel for many at the time – indoor loo and separate bathroom. There was a focus on incorporating ‘new technology’ – one of the most innovative aspects of the builds was a ‘service unit’ where the kitchen and bathroom were created as a single unit with a wall dividing the areas in which all the pipe work was hidden.

Competitions were held to demonstrate speed of construction. A public exhibition of five pre-fab types was held at the Tate Gallery in 1944, and again in 1945. Equipped with all mod-cons, they provided homes that were, for most of their residents, a huge improvement on what they had lived in before – the public loved them.

However, they were only ever meant to be temporary – with an expected lifespan of 10 years. Quality standards were not as high as they might have been if a longer duration had been envisaged. Many of the problems that coloured our opinion of pre-fabs were the result of them outlasting their original shelf-life but the fact remains that they were an innovative and high tech (of their time) solution to a huge problem.

Roll on 70 years and we are once again in the midst of a housing crisis with the added imperative of addressing environmental pressures.

The Government commissioned Farmer Review of 2016, which investigated the UK’s construction labour model and the pressure on skills in the industry, and identified low productivity, low predictability, the current skills shortage and its fragmented nature as reasons why the industry must ‘modernise or die’. The report recommends prefabrication and modular building as essential to resolve these issues. Could pre-fabrication or modular building be a solution?
It is certainly being used by innovative companies such as Tufeco and Atelio Homes.

These are high-end designs but mass market models are also being developed. Recent headlines have been full of references to IKEA’s flat
pack house.

In fact, the builder is BoKlok, a company co-owned by IKEA and Swedish construction giant SKANSKA. BoKlok specialises in factory built low cost housing and has already delivered around 11,000 modular homes across Scandinavia. Built of timber, a low carbon material, offcuts are recycled to improve sustainability, according to BoKlok “less than 1% gets thrown away. And our carbon footprint is less than half that of normal building projects”.

Their concept is on the way to the UK. Worthing Council is working with BoKlok on plans to build 162 low cost modular apartments in the town.
Will small scale developments such as this lead to widescale adoption?

With the Government target of building one million new homes in England by the end of 2020 – 200,000 every year – modular construction could certainly be part of the solution.

In fact, the world’s tallest modular tower – 101 George Street – is currently being built in Croydon.

Tide Construction and Vision Modular Systems’ design will stand at 135m and 44 storeys and will be covered in iridescent, dark green triangulated panels that reflect the area’s art deco architecture.

The Greater London Authority acknowledges that this type of building is going to become more commonplace too.

Stating: “The mayor’s draft new London Plan sets out targets to build around 65,000 new homes a year in London over the next decade in order to address the capital’s housing shortage.

In 2017 the House of Lords’ science and technology committee released a report titled ‘Off-site manufacture for construction: Building for change’.

The report detailed a plethora of benefits offsite construction could bring to meet the UK’s housing target. However, it noted that despite the advantages, the take-up of offsite manufacture was lagging. It’s time we changed this.

During the design process modular construction has a natural fit with BIM, Building Information Modelling, with design drawings and fabrication drawing becoming one and the same.

Prefabrication equals quicker construction and a faster return on investment. In fact, modular construction can reduce the overall completion schedule by as much as 50%.

It is not reliant on a diminishing supply of skilled labour. Health and Safety is better controlled in a factory environment, as is quality, than on a cold muddy construction site.

As well as efficiency on time scales which make the construction process faster – and therefore cheaper – modular buildings have excellent eco-credentials; while waste from a site-built dwelling may typically fill several large skips, construction of a modular dwelling generates much less. In fact, recent stats found that there is a 90% waste reduction by increasing the use of off-site construction. This is significant given that the construction industry accounts for 38% of the world’s energy-related carbon emissions.

In short, it’s a game-changer. We are proud of the fact that it is an important part of our knowledge base at Daniel Connal Partnership, and we believe that modular construction is looking increasingly favourable when measured against traditional building techniques.

Rather than being a short term, low quality answer to a housing issue, these days modular construction equals high-specification, quality, permanent housing.