The Importance of Acoustics in Schools

It should be well known that excessive noise hinders the academic performance of students. However, it’s an issue often left unconsidered during the construction process, resulting in educational establishments, from primary schools to sixth-form colleges, becoming sonic battlegrounds. Ben Hancock of Oscar Acoustics explores further. 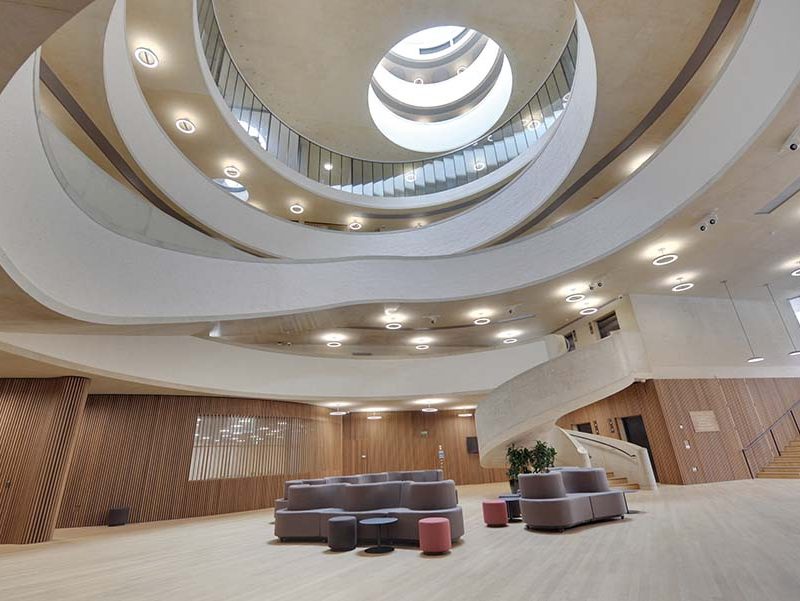 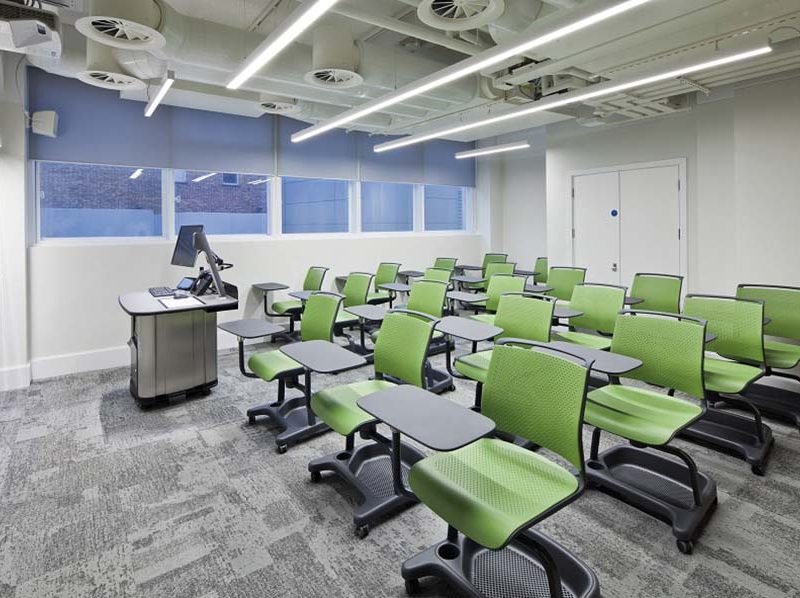 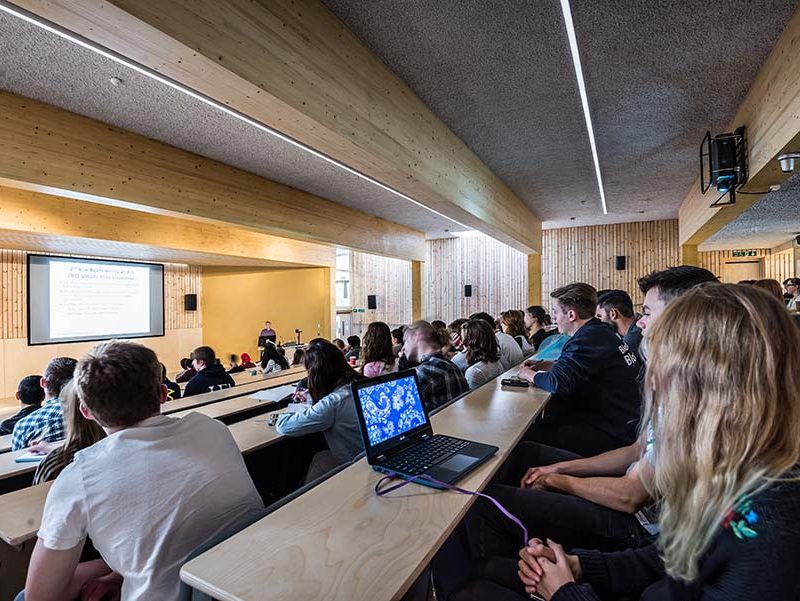 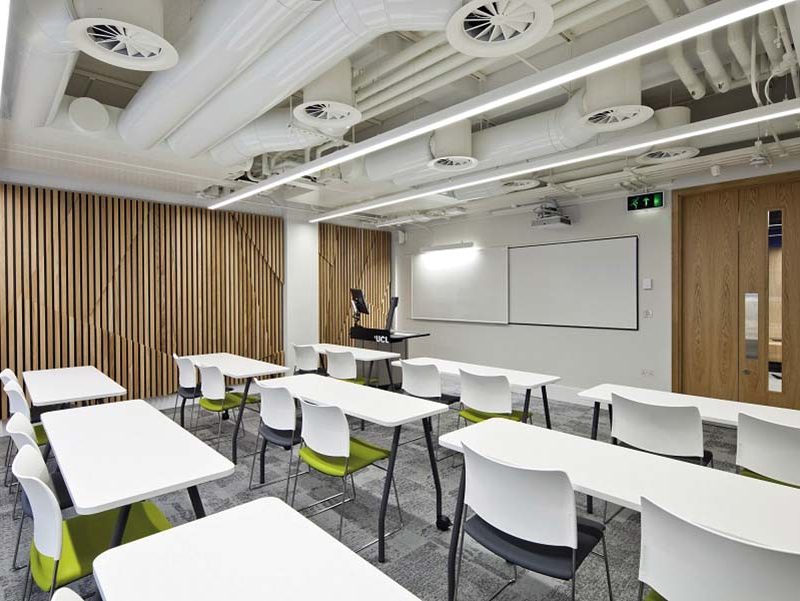 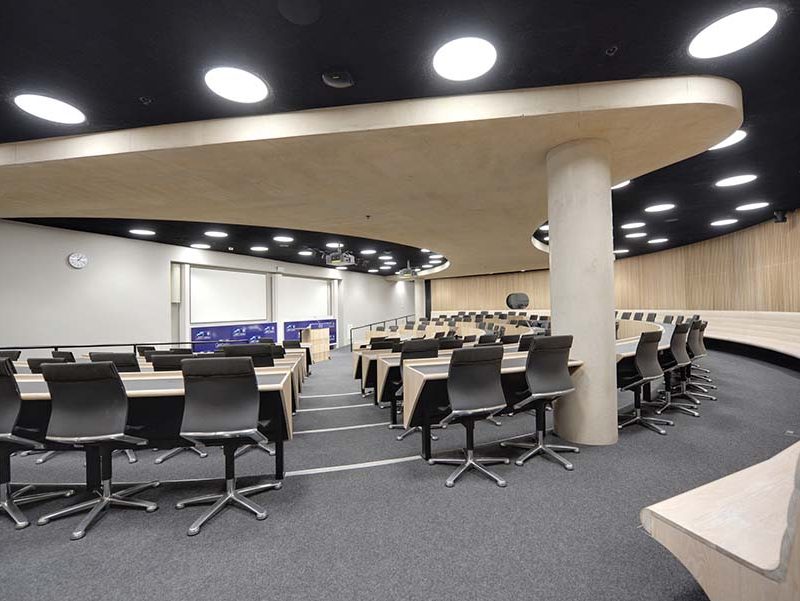 Ultimately, acoustics as an ‘afterthought’ is to the detriment of pupils and staff alike and, frustratingly, it’s something easily mitigated if addressed early on in the design process.

A recent study found, on average, speech intelligibility in just the fourth row of a classroom is a mere 50%. If students can only hear half of what their teacher is saying, how are they expected to learn and retain information? Not only this, but noise has a negative impact on pupil behaviour, leading to poor attitude and unruliness. With class sizes rising, it’s likely this problem will only get worse.

In 2011, the World Health Organisation (WHO) reported noise contributed to 1.7 million years of life lost annually in Europe alone. Unfortunately, its recommendation of 35 decibels (dB(A)) in classrooms for good teaching and learning conditions is frequently exceeded. More locally, a study in Germany found the average classroom noise level to be 65 dB(A). It’s a situation which needs to be remedied fast.

Excessive levels of background noise, and reverberation particularly, impact younger children whose listening skills are not as mature, and may require optimal conditions for hearing and comprehension. This is usually a consequence of sound reflecting off hard interior surfaces. This often results in teachers having to significantly raise their voices to be heard.

Significant noise doesn’t just disrupt lessons, it also has an impact on physical health. As noise levels increase so does a teacher’s heart rate, causing stress, which can then lead to serious conditions, such as hypertension, heart disease and diabetes. According to statistics from the Department for Education (DfE), teachers in England are taking 51,000 sick days a week, costing schools an estimated £75m a year.

Stress is a large contributor to this. In the private sector, workers in noisy open offices take 70% more sick days than those working from home. It’s highly likely state sector teachers are suffering the same fate.

Poor classroom design also negatively affects teachers nationwide. Anik Hussain, a teacher in Nottinghamshire, highlighted: “Every Monday I teach lessons in a large room, with only hard surfaces and hard furniture. The echoes are a nightmare, and I can rarely get my voice heard. I always leave school that day with a major headache.” It’s a great example of how noise can ruin a lesson, before taking student behaviour, teacher ability or external sounds into account.

To ensure environmental noise pollution doesn’t impact student learning and staff health, head teachers, school governors and local authorities need to put acoustics at the top of the agenda. When consulting architects and specifiers, it should be a priority consideration for a new-build or a refurbishment project.

Noise pollution in schools is unnecessary and easily fixable. Many acoustic solutions are cost-effective, innovative, simple to install and will make a massive difference to children’s education. More broadly, careful thought has to be given to material specification, as what you choose has a direct impact on the acoustics. Some materials, such as carpets, absorb sound, and soft furnishings strategically placed around a room can also become effective noise mufflers. Hard surfaces such as tiles, plain walls and wooden floors, on the other hand, will reflect airborne noise.

But there are other innovations which will allow schools to bend the laws of physics to their advantage, stopping problematic echoes. For example, acoustic plaster and acoustic spray finishes, which absorb sound instead of reflecting it, may mean teachers never need raise their voice again, though there will
still be no hiding place for inattentive children.

Ultimately, teachers and pupils no longer have to suffer in silence (or lack of) as modern acoustic and soundproofing methods can reduce noise and vastly improve the learning environment.

While it may be true the imminent recession may make it harder to implement necessary changes and improvements, classroom acoustics is not a current priority in most schools. I find this difficult to reason. Surely children deserve the best environment for learning, and this includes a classroom where they can clearly hear the teacher’s voice. They should be able to concentrate fully on their education. The answer to the question, ‘can you hear me now?’ should be, “yes, loud and clear!”