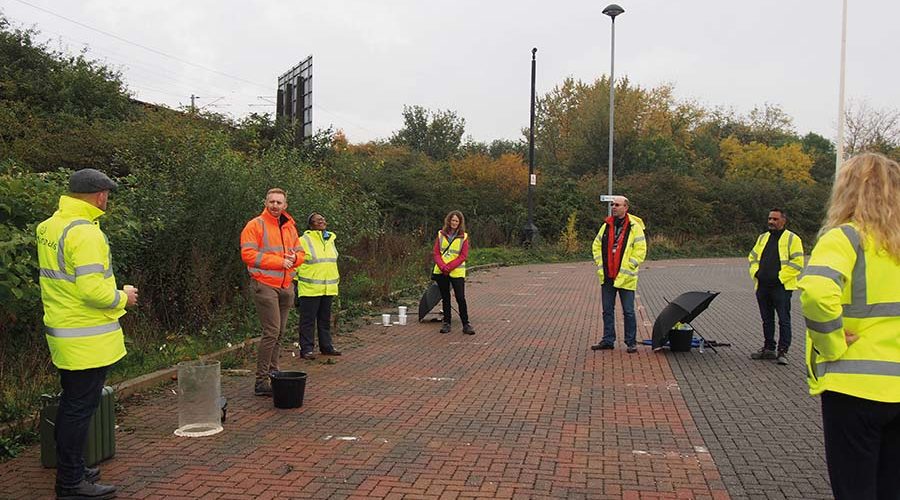 It seems that sustainable drainage systems (SuDS) are finally coming of age. A combination of guidance and legislation is pushing for greater inclusion of SuDS into urban developments, not just for the proven drainage advantages but for the myriad of multiple benefits that well-designed systems provide – improved biodiversity, better air quality, improved mental health and simply creating more appealing places for people to spend quality time in. 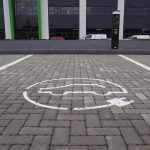 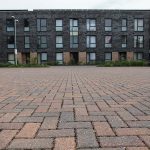 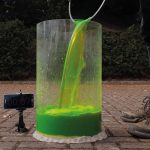 Local authorities have long been pioneers in this technology. Recognising SuDS for their low cost, low impact and potentially low-maintenance drainage performance, enlightened designers have been incorporating systems into their own developments and planners have been adopting well-designed and well-installed examples.

There are still hurdles to overcome, though. A different approach to drainage requires different thinking – so, for example, educating time-poor teams about different installation procedures can be time consuming. And although maintenance of SuDS is frequently less onerous than maintenance of traditional piped systems, responsibility (and budget) for SuDS maintenance may fall to a different department, causing confusion and conflict. All too often, this means that people stick to the traditional systems they’ve specified before, missing out on the wonderful opportunities that can be gained from inviting rainwater into our shared spaces.

Does permeable block paving get blocked up?

It seems that widespread adoption of SuDS is still hampered by misunderstanding and confusion, but one SuDS component has recently had a boost thanks to some compelling research.

Permeable block paving (CBPP) has been used in the UK since the late ‘90s, and provides a robust, attractive surface that also collects rainwater that falls on it. Although it doesn’t offer all the biodiversity or amenity benefits provided by a soft SuDS feature, depending on the situation, CBPP provides either source control infiltration or a controlled flow of clean water – a really useful tool for landscapers, planners and engineers alike to use within a holistic drainage scheme.

As with all innovations, a few initial myths still surround permeable block paving that cause some specifiers to hesitate. One such belief is that within a couple of years, the voids on the surface (the specially-widened joints between the blocks) will get blocked up with sand and debris, rendering the surface impermeable and creating a drainage disaster wherever it’s used.

In practise, this isn’t the case; quite apart from the evidence of thousands of highly-effective, still-functioning systems installed all over the country, a wide range of academic studies have disproved this myth. Soenke Borgwardt’s 2006 study found that although infiltration rates decline over time, after around 10 years they tend to plateau at a level which still provides more than adequate infiltration rates to cope with even the heaviest European rainfall events. Luis Santano-Fonedua (et al)’s ongoing examination of different permeable surfaces on a car park in Santander, Northern Spain, similarly confirms that although a slowing of infiltration rates takes place over time, a CBPP surface should continue to provide infiltration rates that exceed the demands of the heaviest rainfall events well beyond its design life.

In November 2020, a new study was released by Marshalls plc, one of the UK’s largest suppliers of hard landscaping materials.

“The infiltration myth is frustrating for us,” said Chris Griffiths, Marshalls’ Engineering Marketing Manager. “All of our experience proves that permeable pavements work perfectly well with minimal maintenance, yet permeable paving still gets ignored or overlooked by some. We decided to embark on our own research project – as much for our own understanding as anything else.”

Tom Emerton, Marshalls’ Paving Engineer Manager, explained the process: “We chose to perform an internationally-recognised standard filtration test on some of our oldest permeable pavements, not only so we would get a good picture of how these systems are still performing, but so that we could compare our results to some of the studies that are already in the public domain. We couldn’t find a British standard for testing infiltration in-situ, so we followed the American standard ASTM c1781 method.”

The team also interrogated historical Met Office data to put their results into context – what kind of heavy rainfall event might these systems be expected to cope with over time?

The results and feedback from local authorities

The results confirmed previous studies; all of the sites tested provided infiltration rates far in excess of the heaviest half-hour UK rainfall event on record, despite receiving no specific maintenance to revive or restore permeability. Investigations proved that the dust, moss and debris that appears to clog the surface tends to sit in just the top 5 to 10mm of the joint, so rainwater percolates quickly and easily through that layer into the storage below.

Local authority representatives were on hand to observe some of the testing. Leeds City Council’s Park and Ride car park at Elland Road had been installed for six years, and despite some heavy moss being in evidence towards the edge of the surface, it performed very well.

“It was really useful for our S38 team to see the testing take place,” said Vanessa Allen. “We’re no longer specifying ‘belt and braces’ gullies across our permeable paving jobs as a result, which saves time and money on those schemes. There are still some barriers to overcome when adopting permeable pavements but now at least we know that clogging up isn’t one of them!”

Simon Curl of Suffolk County Council, who designed the Martlesham Park and Ride car park back in 2003, was equally impressed. “We’ve not had any issues with the surface since it’s been installed, either structurally or hydraulically,” he said. “We undertake occasional maintenance to keep the weeds down from time to time, but that’s just for aesthetic reasons. Personally, I think the moss in the joints makes the surface look better – and it’s clearly not stopping the pavement from working.”

The full data from the research can be found on Marshalls commercial website, along with a number of videos and interviews.